Who Moved My Manuscript?? The Pros and Cons of Preaching Without Notes. 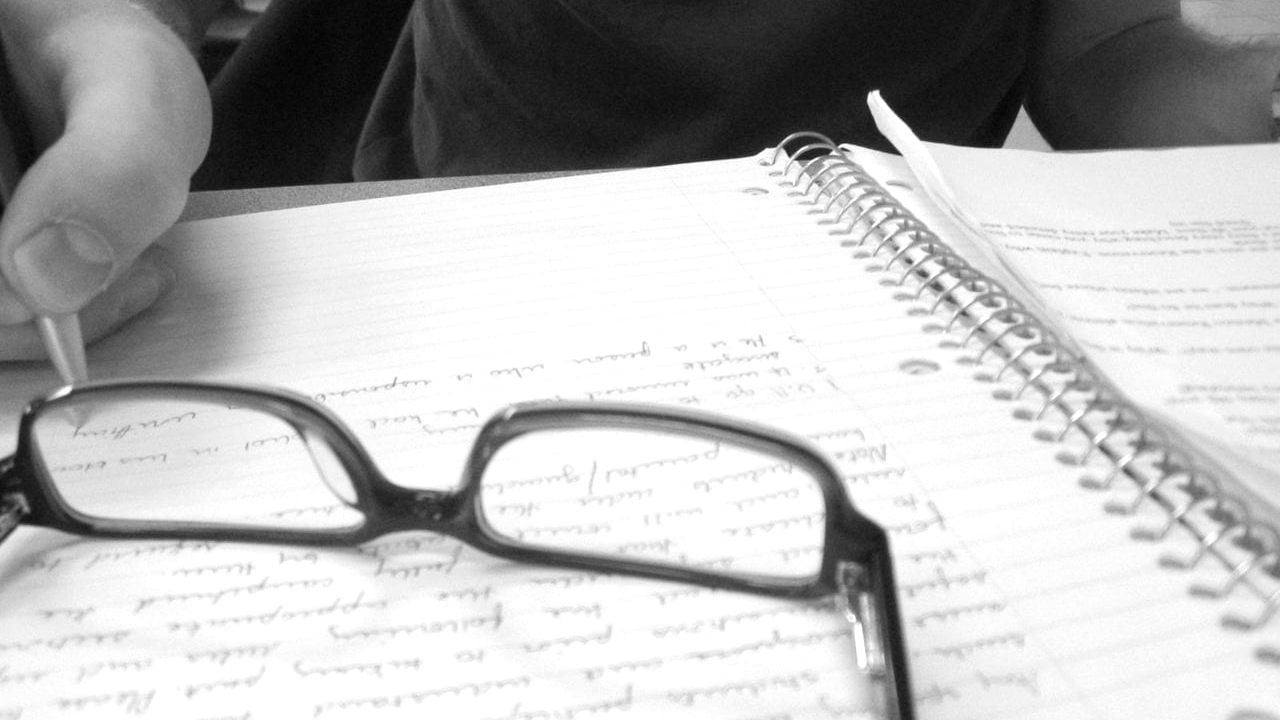 How do I learn to preach without notes?

The summer of 1977 I was the Duke summer ministry intern at the Page-Roseland Charge in rural North Carolina. I had just graduated from college and not yet begun my seminary studies. The morning I was to preach my first sermon I had several reasons for being extremely nervous. I had never preached before. I wasn’t sure how the congregation would take to a female minister, and, most agitating of all, my three uncles and their wives were planning to attend. I pulled up in the parking lot of the church at 9:20 am, in plenty of time for the 9:45 service. My manuscript, a Bible lesson drawing on the one commentary I owned, the Abingdon One Volume Commentary on the Bible, lay on the passenger seat beside me. I had cast a few furtive glances at it on the ride there, but had no coherent memory of what I had typed on those sheets of paper.

As I prepared to get out of the car, I saw the station wagon containing Uncle Jim and Aunt Lucy, Uncle Horace and Aunt Louise, and Uncle Bill and Aunt Catherine pull up, all of them waving cheerily at me. I got out of my 1974 Dodge Dart and closed the door, locking both my keys and my manuscript inside. This was in the days before technology that prevents such mishaps. As I gazed yearningly at the manuscript on the seat, the thought crossed my mind: “This situation would be so much better if I had any memory of what I typed on those papers.” Actually my thought was much shorter, but that was the underlying idea.

Thus began my journey to preaching without notes. For about the next 10 years I preached with a manuscript, making sure never again to lock it in my car. Though one time the custodian did toss it while cleaning the sanctuary between services. I would draw hieroglyphics in the margins, a car if it was a story about a car, John Wesley on a horse if it was a story about John Wesley and his horse, etc. I would highlight topic sentences and write key words in the margins. That way I could look down and quickly refresh my memory. Then, for the next 10 years, I preached from an outline. I would trim a manila folder to the size of my Bible, bend it so it would flatten out and fold it in half. That gave me four pages on which to write the outline. I would place it in my Bible and refer to it when needed. I would try to commit the beginning and ending to memory. This meant I had to hold the Bible the whole time I preached.

About 20 years or so ago, I made the move to no notes. I did it because a woman came up to me after a sermon and said, “You have such a soothing voice. If you weren’t a preacher, you could be a hypnotist!!” I had been a little bored with my own preaching lately and, after I thanked her for her compliment (??) I  had the thought, “Maybe I actually am a hynoptist.” I have a low voice and a low key manner. Maybe getting rid of my notes will help me connect better with people and bring more energy to the event. Maybe it will force me to make my content more memorable both for me and for them.

I’ve been preaching without notes for about 18 years now and have found it to be both challenging and energizing. It has benefits and it has drawbacks. The first drawback is that I sometimes sit down and realize there is something I had wanted to say that I didn’t remember to say. And by then it’s too late to jump back up and say it. One time I forgot to mention that the two boys caught in the Arctic wilderness in a story I was telling actually made it out alive. However, I was able skillfully to weave it into the Benediction!

A second drawback of noteless preaching is that the preacher might use it as an excuse not to prepare and to blame her resultant rambling on the Holy Spirit. It is my belief that the Holy Spirit values clarity at least as much as the congregation does.

Noteless preaching also has several benefits. One is that it forces me to have a crystal clear grasp of my theme. Says Joseph M. Webb in his book Preaching Without Notes “While any sermon that one preaches requires focus and clarity, that requirement is amplified many times over when the sermon will be preached without notes.” (Preaching Without Notes, 45)

A second benefit is that it forces me to have a compelling, memorable sequence to my sermon, not just a list of interchangeable points. I tell my Introduction to Preaching students that “A clear structure is the best friend of memory.” That may not be the most exciting motto, but it is tried and true. Most effective sequences move from a problematic aspect of the human condition to God’s character and actions to the positive consequences of allowing God to shape our lives. There are many resources that offer options in sermon form. I’ve included a brief bibliography below.

There are also a number of resources that detail how to prepare and preach the noteless sermon. Two helpful books are Joseph M. Webb’s Preaching Without Notes and William H. Shepherd’s Without a Net: Preaching in the Paperless Pulpit.

The third and final benefit of preaching without notes is the connection it can foster between preacher and congregation. If there is nothing to look down at, chances are eye contact will be enhanced. If I have crafted the content to maximize memorability for others, I myself can offer the sermon fully present in each moment, with a sense of spontaneity that is grounded in careful preparation.

All of that said, preaching from notes or manuscript also has its advantages. Referring to a manuscript allows the preacher fully to capture carefully crafted content and nuances of meaning. And it may diminish the anxiety a preacher has about forgetting key content.

There are manuscript preachers who rarely look down and noteless preachers who preach with both eloquence and clarity. Preaching without notes is not the gold standard in preaching. But it is my choice in this era of short attention spans and visual learning. It activates an energizing combination of preparation and freedom in the preaching moment.

I don’t have the motivation for noteless preaching I used to. It’s impossible for me to lock my keys in my 2017 Hyundai Sonata. In my own preaching experience, I have found noteless preaching to have a positive impact on the congregation and on me the preacher as I internalize a sermon that, after the service is over, continues to preach itself in my own mind and heart.

William H. Shepherd, Without a Net: Preaching in the Paperless Pulpit

Frank Thomas, They Like to Never Quit Praisin’ God