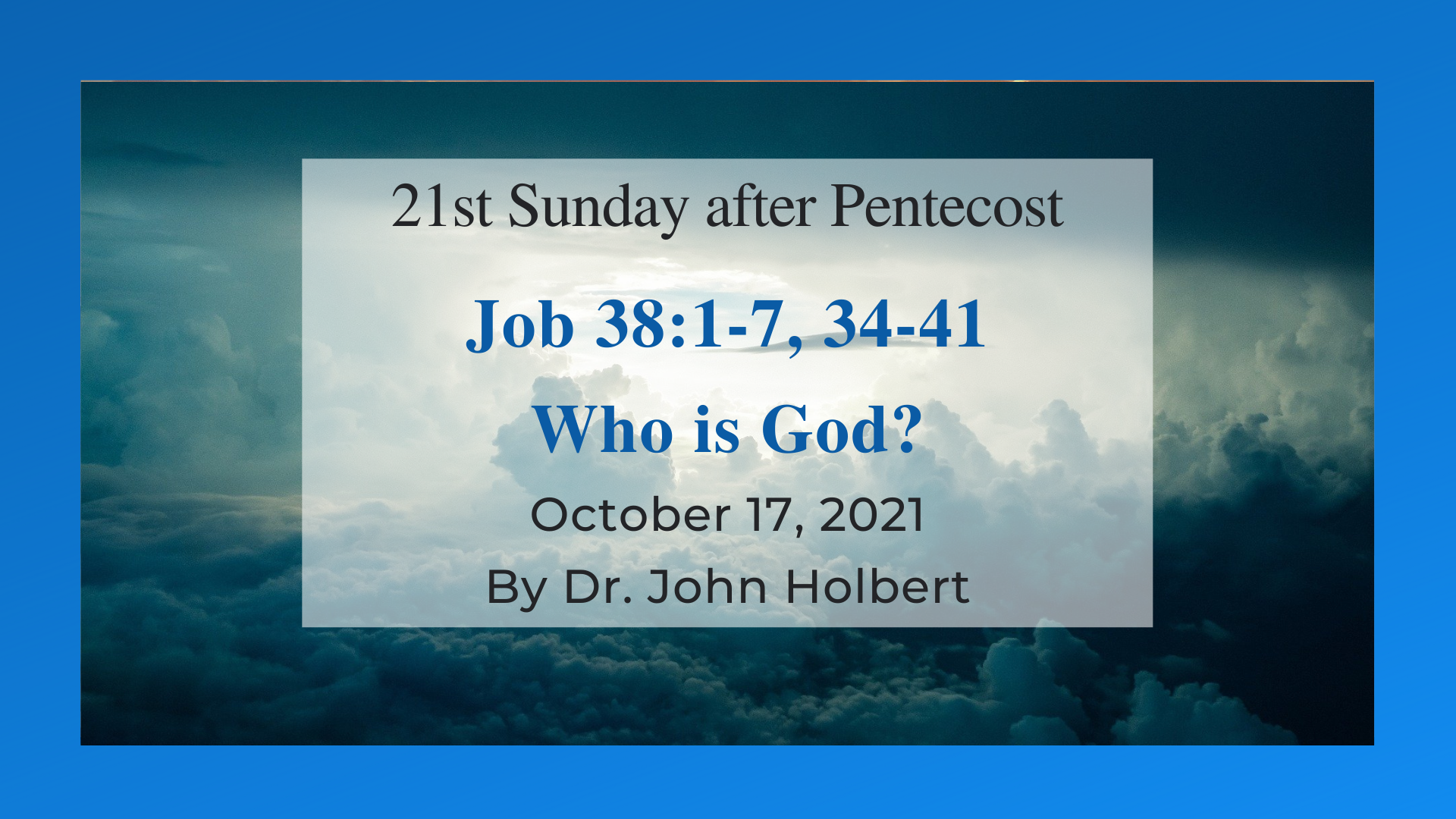 After the painful and acrimonious debate between Job and his friends, including the boring Elihu, who comes from nowhere and leaves to nowhere, YHWH, God of the universe, shows up in a great storm to speak with Job, and tangentially to his friends as well. It is important to remember what Job warned in Job 9 concerning a possible appearance of God: “If God summoned me, and answered me, I do not believe that God would listen to my voice; God crushes me with a tempest, and multiplies my wounds for no reason” (Job 9:16-17). To a certain extent, at least as far as Job can see, that is pretty much what happens; God appears in a “tempest” (the word used is the same in Job 38:1, though spelled slightly differently), and begins a lengthy speech first about weather and then about animals, none of which has anything overtly to do with Job’s constant demand for justice. What exactly does the behavior of the ostrich have to do with Job’s fate on the ash heap?

Despite the seeming non sequitur that is the speech of YHWH, we are told that it is somehow an “answer to Job” (Job 38:1). The issue concerning just what sort of answer it may be is the crux of the entire book. Numerous explanations about what these grand speeches mean have been offered over the centuries, and I propose to offer still another one, albeit one that has already been given in one form or another by various readers. Yet, I think my reading provides a reasonably plausible explanation about what YHWH thinks the divine answer to Job should be. At least I find this reading to be one that helps me understand the book as a whole.

The speech has several goals. First, YHWH feels the need to put Job in his place. Job has used crassly intemperate language to describe a God he finds as little less than monstrous (e.g. 9:22-24), so it is important to God to disaffect him of that notion. YHWH boasts of enormous creative power, controlling wind, wave, seas, snow, ice, etc. (38:4-38), and in addition spends time caring for and nurturing all the wild creatures of earth, lion, raven, mountain goat, deer, wild ass, wild ox, ostrich, wild horse, hawk, and eagle (Job 38:39-39:30), all animals that are completely beyond the power of any human to control. In short, God’s first speech, nearly all 71 verses, announces to Job that the universe of God is so far beyond Job’s knowledge and understanding that his narrow concern for his own justice is very small indeed when set against all that God has done and is doing. Job is thus roundly put in his place as one human among the huge array of God’s dealings with weather and animal life.

Secondly, YHWH wants Job to recognize that God has much more to be concerned about than Job, and if Job could just see that he might find a rather larger context for his concerns for human justice. But, if that is God’s intent, it is a failure, because Job’s reply to God’s vast panoply of the world beyond humans is sharp and dismissive: “I am trivial, how can I answer? I lay my hand on my mouth (as enemies always do when they are vanquished). I have spoken once, but have no answer, twice but will proceed no further” (Job 40:4-5). In effect, Job says, “OK! You win, you big bully! I knew you would not listen to me; I knew you would bluster and blow and show off your power.” I picture Job here winking at the audience and mouthing the words, “I told you so!”

But there is a second speech, and it is decidedly different, both in tone and content. 40:8 is a key verse. “Will you even put me in the wrong? Will you condemn me that you may be justified?” And now Job understands that YHWH has been listening to him, and knows exactly what Job thinks God is doing in the universe. Job imagines the universe is a zero-sum game; if God is right, Job must be wrong, and conversely, if Job is right then God must be wrong. And that is the problem shared by Job and his friends, for God now demonstrates that the universe is not like that at all. God does not reward the righteous and punish the wicked, because the universe is far more complex and mysterious than that.

YHWH challenges Job to act as he thinks God acts in Job 40:9-14. Some readers imagine that God here merely reiterates the sharp attacks against Job’s arrogance, but I think not. I see God winking slyly, and saying to Job to go on and “tread down the wicked in their place,” as you think I do, knowing full well that Job cannot do that, precisely because God does not do that either! And then God opens the throne room of heaven a crack and out lumber two mythological beasts, Behemoth and Leviathan. These are not in any sense hippopotamus and crocodile, as earlier translations thought. Rather they are giant monsters from the tales of the Canaanites, the former the great creature of the land who arches his back to cause earthquakes, and the latter the twisting serpent of the seas, who lurks in the depths ever ready to swallow ships and sailors. Both are creatures of YHWH, just as are raven and eagle, and just as Job is. Note 40:15: “Look at Behemoth which I made just as I made you.” In a universe where Behemoth and Leviathan are created by YHWH, there can be no talk of simple calculus, no notion of simple reward and punishment. God’s world is rich and wondrous, mysterious and awesome, fearful and gritty, a place where some die that others live (39:40), “red in tooth and claw.”

God does not act in obvious response to human behavior, is not in the business of rewarding so-called righteousness and punishing so-called wickedness. The third thing Job and we need to learn from YHWH’s speeches is that Job and his friends have not a clue about the ways and workings of God. God is beyond their pathetic and limited platitudes and offers to Job just a glimpse of just how wrong he has been about God and just how off-base the pious-sounding friends are, too. In the face of that multiple revelation from YHWH, Job will begin to catch a vision of the truth and will speak that truth, as we will see next week.

We have merely scratched the surface of these astonishing speeches of YHWH, among the very finest poetry in the entire Hebrew Bible. I urge you to read them again and again as windows into one person’s attempts to capture the richness and wonder of the God we worship and revere.