What Year Is It Again? 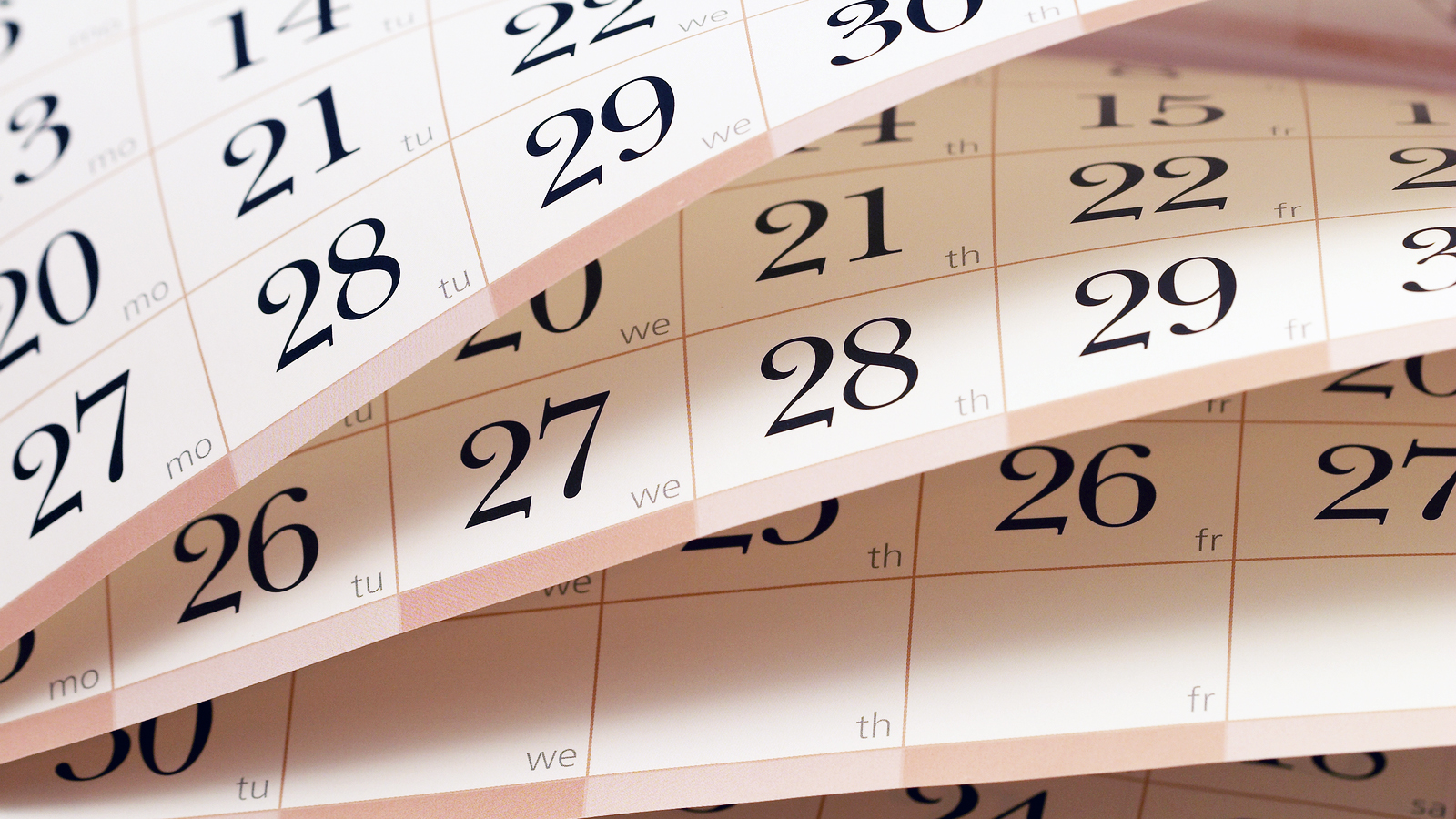 When I visit my mother in the dementia unit where she lives in Pennsylvania, I note the big sign on the activity room wall that states the day of the week, the month and the year. Every now and then in the course of my visits I’ll hear a resident ask one of the staff, “What year is it again?” The staff person will point to the sign, saying “There it is, on the wall.”

When I read of the failure of two amendments to the Constitution of the United Methodist Church, one related to gender equality, the other to the inclusion of all persons, the question comes to mind, “What year is it again?”

The first amendment declared, “Men and women are of equal value in the eyes of God.” It goes on to say that maleness and femaleness are characteristics of human bodies, not the divine. It also asserts that The United Methodist Church will “seek to eliminate discrimination against women and girls, whether in organizations or in individuals, in every facet of its life and in society at large.”

The second amendment would have added gender, ability, age and marital status to the list of characteristics that do not bar people from membership in the church. Specifically, the amended Paragraph 4 would say that no member shall be “denied access to an equal place in the life, worship and governance of the Church because of race, color, gender, national origin, ability, age, marital status or economic condition.”

These two amendments were passed by 2/3 majority of the delegates to the May 2016 General Conference of the UMC. They then went to the Annual Conferences around the world, requiring a 2/3 vote to be adopted. Both failed to receive the necessary 2/3 majority (67%) of votes by a narrow margin, receiving 66; 5% and 61.3% respectively. This article gives the statistics and outlines the breakdown by Conferences. http://www.umc.org/news-and-media/bishops-announce-results-of-five-constitutional-amendments-two-fail-to-get

As I read it, I shook my head with disbelief and the question echoed in my mind, “What year is it again?”

The same question seems to be in the minds of the Council of Bishops, who, dismayed at the issued a “Statement on Women’s Equality and Inclusion” on May 7, 2018. The same day the retired and active women bishops of the UMC offered a pastoral statement in the biblical mode of lament, expressing grief at the results, and their determination to work for healing and justice.

The bishops know what year it is. It is 2018. United Methodists have been ordaining women for 60 years. The Commission on the Status and Role of Women has long sought to protect and enhance the full participation of women in the life of the Church. Our social principles “affirm with Scripture the common humanity of male and female, both having equal worth in the eyes of God. We reject the erroneous notion that one gender is superior to another, that one gender must strive against another, and that members of one gender may receive love, power, and esteem only at the expense of another.” (161(F)) “We affirm women and men to be equal in every aspect of their common life.” (162F)

But if it really is 2018, why can’t we affirm by a 2/3 majority a basic, straightforward statement of the equality of women and men in the eyes of God and church and a basic affirmation that all persons have an equal place in the life of our United Methodist congregations?

I have a couple of hunches.

But for now, I repeat my question, “What year is it again?”

I’ve been doing some research into the history of bold women preachers over the centuries, so I’m wondering if I’ve become so immersed in my research that I’ve been drawn back in time. That would make the failure of these amendments make more sense. Maybe it’s really 1811, not 2018 and I stand across the street watching Jarena Lee on Rev. Richard Allen’s doorstep requesting a license to preach. He tells her she can hold a prayer meeting and exhort after the male preacher had preached. Though he and A.M.E. leaders later will allow her to be an official travelling exhorter, she is never given a license to preach. That doesn’t stop her from traveling all over the Middle Atlantic and Northeastern States preaching to both black and white audiences.

But of that initial, doorstep encounter, she later wrote this: “that holy energy which burned within me, as a fire, began to be smothered…And why should it be thought impossible, heterodox, or improper for a woman to preach? Seeing the Savior died for the woman as well as for the man? Jarena Lee, Religious Experience and Journal of Mrs. Jarena Lee: Giving an Account of Her Call to Preach the Gospel (Pantianos Classics, no city or date provided), First published in Philadelphia, 1836), 14.

Maybe I’ve been drawn back to the 1860’s in England and am standing at the back of Bethesda Chapel listening to Catherine Mumford Booth’s first sermon, or attending one of her revival services on the docks of East London, or one of her protests outside sweat shops where women and children worked long hours for a pittance, or outside match-matching warehouses where the match women die painful, disfiguring deaths from exposure to yellow phosphorus. Maybe I’m standing by as she sits at her desk writing her pamphlet “Female Ministry: A Woman’s Right to Preach the Gospel,” reading over her shoulder as she pens this compelling question: “Why would God endow a being with powers he (sic) never intended for her to use?” http://womenofchristianity.com/preachers-wives/catherine-booth/

Or maybe it’s 1803 and I’m attending the 1803 Methodist Conference. By now they have forgotten Wesley’s cautious endorsement of women preachers in 1761, and the fervent, clear preaching of Methodist women over the intervening 40 years. They vote to prohibit women from preaching because so many people opposed it and because there were judged to be enough male preachers. Women, if they were certain they had an “extraordinary call,” could preach to other women, but only with the permission of the male clerical authorities in their circuit. https://www.bl.uk/collection-items/minutes-of-the-1803-methodist-conference

It really is 2018. And preachers need to point themselves and their people to the sign on the wall this Sunday that says May 13, 2018. In the life of our culture and with a sharp stab of irony, it is Mother’s Day, a prime opportunity for us preachers to honor women and to lift up biblical themes and texts of inclusion. In the life of our Church it is Ascension Day, a chief feast of the Christian Year, established in the 300’s, affirmed in the Nicene Creed and the Apostles’ Creed. Ascension Day is Jesus’ bodily rising into heaven, being welcomed by God and seated at God’s right hand. In Acts Jesus promises the disciples that the power of the Paraclete (Holy Spirit) will come upon them and commissions them to witness to the good news to the ends of the earth. He is then lifted up, a cloud takes him out of their sight, and 2 men in white robes appear and promise Jesus’ return via a cloud at some unspecified time. (Acts 1:6-11)

Thank God Ascension Day isn’t the day that Jesus abandons our earthly fray with a dramatic “up, up and away!” Though, given these recent developments I wouldn’t entirely blame him. On the contrary, the Ascension counters the notion of first century groups called “docetists” (from the Greek dokeo which means “to seem”) who believed Jesus only appeared to be human, that his earthly body was a mere optical illusion. He didn’t really suffer on the cross, they claimed. He was God only appearing to be human. A bodily Ascension offers a throw down to the docetists. It insists that Jesus suffered, taught, and loved inseparably from a human body. He was resurrected as a spiritual body. He sticks around for 40 days, teaching in that mode and, when it’s time for farewell, he departs as a resurrected body, not a disembodied spirit. The ascending Jesus and the earthly Jesus are the same, fully human, fully divine.

Next week May 20, 2018 is Pentecost, our celebration that God, in the presence of the Holy Spirit, continues to be fully involvement in our human limitations and our prejudices, both ecclesial and personal. The Spirit renews us with the warm assurance that we are accompanied, not abandoned on the challenging way that lies ahead. But it also holds our feet to the fire, reminding us that we are also accountable, not to give up in disgust or to soldier on with grim resignation. We are called to preach the gospel, on a day that celebrates the crowning victory of God over all forces that oppose equality and inclusion of all God’s people in God’s embrace.

A friend of mine tells how, as a boy, he assumed that, since B.C. meant “before Christ,” A.D. meant “After death.” Only later did he learn that A.D. is Latin phrase (Anno Domini) meaning “in the year of our Lord.”

What year is it again? It 2018, Anno Domini. Let’s do it justice in our preaching and our living!