What to Say When There is So Much to Say: Preaching in the Era of Trump 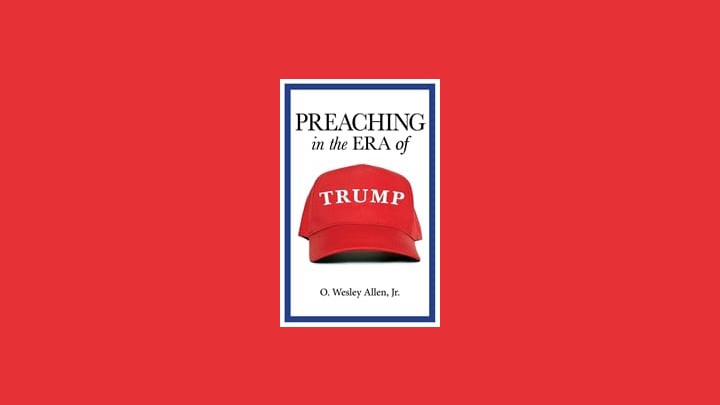 A friend once told me that when he was a boy he was hired by an older couple to row their fishing boat for them. He would take them out onto the lake and they would throw their lines in the water. They wouldn’t sit for long, however, before they would see a fish jump and ask him to row over to that spot. Then, as soon as they saw another jump, they would have him row over to the new spot—never putting down an anchor but just chasing splash after splash.

We are less than 100 days into President Trump’s term and fish are jumping all around us. Filling “the swamp” that is the president’s top appointees and cabinet with the wealthiest collection of contributors and supporters ever seen in presidential politics. Over thirty executive orders—some issued with much fanfare, others signed behind closed doors. Concerns about conflicts of interest related to Trump’s business goals mixing with policy. Shaking up the Security Council with unorthodox appointments. Plans to cut the budget to key social programs while greatly increasing military spending. Warfare between the Whitehouse staff, especially Press Secretary Sean Spicer, and the press. Failure to repeal and replace the Affordable Care Act followed by a multilayered blame game. Every weekend trips to one of Trump’s resorts accompanied by a round or two of golf. Investigation into Trump’s campaign staff’s and administration’s connections and communication with Russia, including resignations and recusal by Trump allies from participating in the investigation. Shaking up the Security Council by moving it toward a more orthodox composition. Nepotistic appointments to the White House staff. Two Muslim travel bans halted by the courts. A refusal to allow in more Syrian refugees while bombing a Syrian airbase in response to the government’s use of chemical weapons on its own citizens. The Senate approval of a Supreme Court nominee so far to the right that it could only be done by changing the rules of the Senate to eliminate the filibuster, likely resulting in long-term deepening of the partisan divide in Congress and in the judicial system. Talk of possibly installing nuclear weapons in South Korea to counter North Korea efforts to develop nuclear missile capabilities.

Add to this, President Trump enjoys intentionally making ripples in the water by sending out the occasional Tweet attacking someone or making unsubstantiated claims and accusations—the most attention-getting of which was the claim that Obama had him wiretapped during the campaign.

All the while journalist and media outlets row the American public to splash after splash hoping to catch a new fish each new moment. This is, after all, their job, especially as constructed in the world of 24/7 news coverage invited by cable news and the internet.

With so many ripples in the water coming from so many different directions, preachers are likely unsure what is worthy and/or appropriate to address in the pulpit and what should be ignored. With so many different fish jumping and calling for our attention, it is tempting for preachers to say nothing at all about the current and constantly shifting state of affairs. I strongly believe, however, that preachers are called to bring the gospel to bear on political issues in order to help our congregations evaluate the current situation through lenses of Christian theology. This does not mean, though, we should get caught up in chasing every fish that jumps in the lake.

Pastors must let the Church’s deepest theological and ethical commitments guide what political talk they need to bring into their sermons—e.g., concerns for the most vulnerable in society, for peace with justice, for the equality of all human beings as God’s children, for the stewardship of God’s creation, for love of neighbor and enemy. When the media and the politicians keep rowing our people around, it will be helpful for preachers to drop a weighty anchor, steady the boat amid all the ripples, and look at political patterns in relation to the good news of Jesus Christ.

More often than preaching about current political issues in the sense of focusing the sermon on a specific issue, preachers will do well to bring elements of the current political situation into sermons based on a biblical text. Referring to a political issue of concern as one sermonic image or application among others will help a congregation see the relation of political concerns to the range of concerns people bring with them when they sit in the pew. This will avoid the trap of a preacher’s prophetic passions being experienced as a take-it-or-leave-it homiletical approach by the hearers while normalizing the view that the gospel is relevant for listeners’ participation political discourse and policy-making. We need not row after every individual fish that jumps in the lake. If we cast our nets in the water where Christ points, we will have such a large catch that  that we will be unable to haul the net into the boat.

O. Wesley Allen, Jr., is the Lois Craddock Perkins Professor of Homiletics at Perkins School of Theology, Southern Methodist University, and author of Preaching in the Era of Trump (Chalice Press 2017).