What can preachers learn from actors? 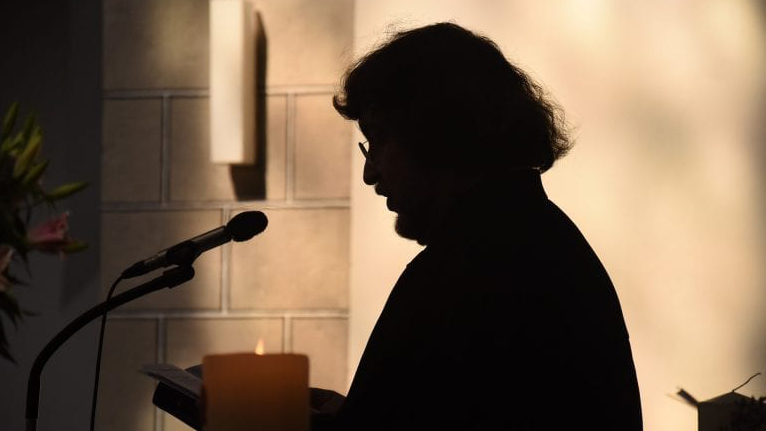 At an early point in my life, I thought I wanted to be an actor.  As I took acting classes in college, I soon discovered that acting would be a difficult and demanding job.  So instead, I decided to be a minister!

My recent work on the stage included only a few spoken lines, but it wasn’t what I said that received the most attention.  I was directed to say one of the witty lines and then turn to the audience and smile the biggest smile I could muster.  This movement garnered a great deal of laughter.   My body language was like another line in the script, adding humor that conveyed the message of the joke.

A preacher can learn from actors how to use body language to convey a message.  The movements of the body can convey laughter, anger, sadness, boredom, and a host of other emotions.

Preachers can use body language to reinforce what is being said.  A preacher might gesture or look to one side or another when speaking about a particular idea.  For example, sheep are on the right and goats are on the left.  Preachers can use the movement when transitioning from one moment of the sermon to another.  For example, looking down and then back up before beginning a new section.

Body language can also be distracting.  A preacher who sways back and forth might distract the congregation from hearing the message.  A preacher who puts his hands in his pockets might seem too relaxed.  A preacher who leans upon the pulpit might seem bored.  A pointing finger can denote scolding or condemnation, even when the words being spoken are not meant to be.

It can be helpful for preachers to video record sermons and watch them back, paying particular attention to how the preacher’s movements supplement or detract from the message.  Being aware of how we communicate through our body is an important lesson we can learn from actors.

Actors are always trying to find what motivates their character to say or do something on the stage.  It would be helpful for preachers to also find their own motivation for stepping into the pulpit.   Preachers, of course, are not pretending to play a part, but we should know our own motivations and desires that undergird our preaching.  If we come believing that the message we preach is necessary, vital, and urgent, then our preaching will be conveyed that way as well.  If we come to the preaching moment wanting to convict and punish the hearers, then our preaching–no matter how grace-filled it is–will be conveyed that way.

Although preachers usually have a week to prepare a sermon, this time of preparation should not be neglected.  Preparation should begin as early as possible so that the exegetical material, illustrations, and theme have time to coalesce into a solid sermon.

Actors also rehearse the lines out loud so that they can hear what words need to be emphasized, the way the sentences flow, and the places that need a pause.  Preachers should take time to rehearse the sermon aloud in order to hear how certain words flow, where emphasis might be added, and where pauses are needed.

Rehearsal is not about memorization. Actors do not just memorize words in a script, but seek to know them so well that they become internalized.  Through rehearsing the sermon, the preacher can internalize the message, discern her motivation, and be comfortable enough to convey the gospel with her whole being.