We Will Never Be Without Him: Reflections on Jesus' Ascension, Luke 24:44-53 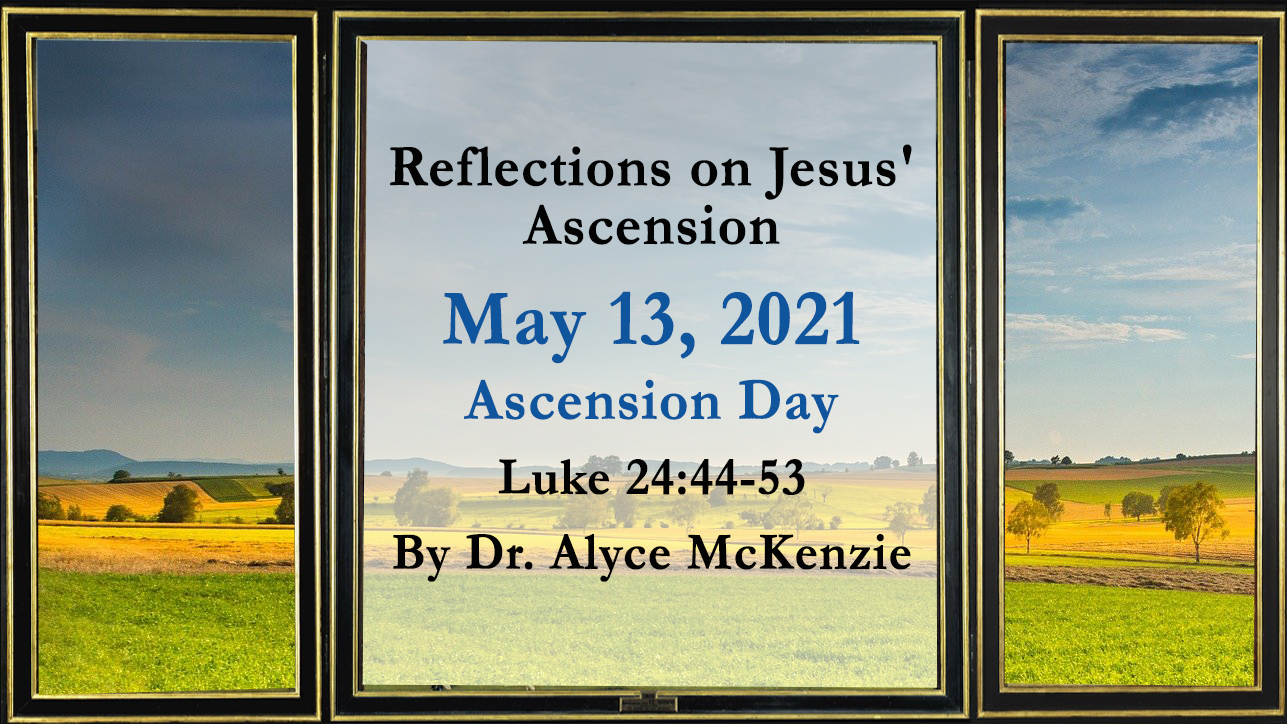 We Will Never Be Without Him: Reflections on Jesus' Ascension

Have you ever seen a triptych (pronounced trip-tik)? It's a work of art divided into three sections or panels. The middle panel is typically the largest, flanked by two smaller panels with related themes. Taken together the three panels tell one story. The name triptych originates from the Greek tri (three) plus ptche (fold). Triptychs come in a variety of sizes. Some are small, in which the three panels are hinged together and can be folded up and made portable for easy transport. Some are large altarpieces. Some stained glass windows imitate the trifold form. Our gospel text for Ascension Sunday is a triptych. I like the metaphor because it conveys that the three parts of our text are related and that the text can be folded up and made portable for easy transport wherever we go.

Recognition
How are your recognition skills? New Testament people could have used some voice and facial recognition software, because three times that day, various people mistake Jesus for someone else. Mary, in John's gospel, as Jesus stands behind her, mistakes him for a gardener (Jn. 20:15). The two disciples on the road to Emmaus later that day, as Jesus joins them on the road, mistake him for a vagabond who hasn't heard about the local tragedy (Lk. 24:18). And now, the disciples, when Jesus stands among them, are "startled and terrified" and mistake him for a ghost (Lk. 24:37). Gardener, vagabond, ghost—none of these even comes close.

The disciples on the road to Emmaus recognize Jesus in the "vagabond" when he breaks bread and blesses it (Lk. 24:30).

Jesus opens their minds to understand the scriptures that connect Messiah and suffering and death.

When they recognize him they are recognizing that he is, not a gardener, vagabond, or ghost, but The Son of Man, the suffering servant, and the Messiah.

As Son of Man he is able to identify with our human struggles and be a sort of representative human. Instead of using the term "Messiah," Jesus preferred to refer to himself as the "Son of Man." By Jesus' time the title "Son of Man" had collected several connotations. They included representative human figure (Ezekiel), holy designated ruler (Daniel), and future, supernatural judging, saving figure (The Similitudes of Enoch, 37-61 and 2 Esdras 13).

As Messiah, Jesus brings in a reign of God. It is a reign that, contrary to popular expectations, is not reducible to political power and nationalistic ambitions. It is a reign that results in a community of righteousness and peace. The title "Messiah" is a Hebrew word meaning "anointed" (Greek=Christos; English=Christ). The term was used in the Old Testament to refer to those anointed with oil for a special function such as that of the high priest (Lev. 4:3,5,16) or the king (2 Sam. 1:14,16). During the late Old Testament period (400-300 B.C.E.) the title "Messiah" came to denote the ideal king anointed by God, empowered by God's spirit to deliver his people and establish his kingdom in righteousness (Dan. 9:26-27). Jesus seems to have been reluctant to apply the title to himself due to its political, nationalistic overtones. But, during his earthly ministry, when others directly confronted him with his identity as Messiah, he did not deny it. (McKenzie, Parables for Today, 14-15)

In our celebration of the Ascension, as Jesus departs to be with God while staying through the presence of the Spirit, we are invited to participate in both the disciples’ recognition of Jesus and their commissioning by him. The appropriate response, now, as then, is to praise God with “great joy.” (Luke 24:52)