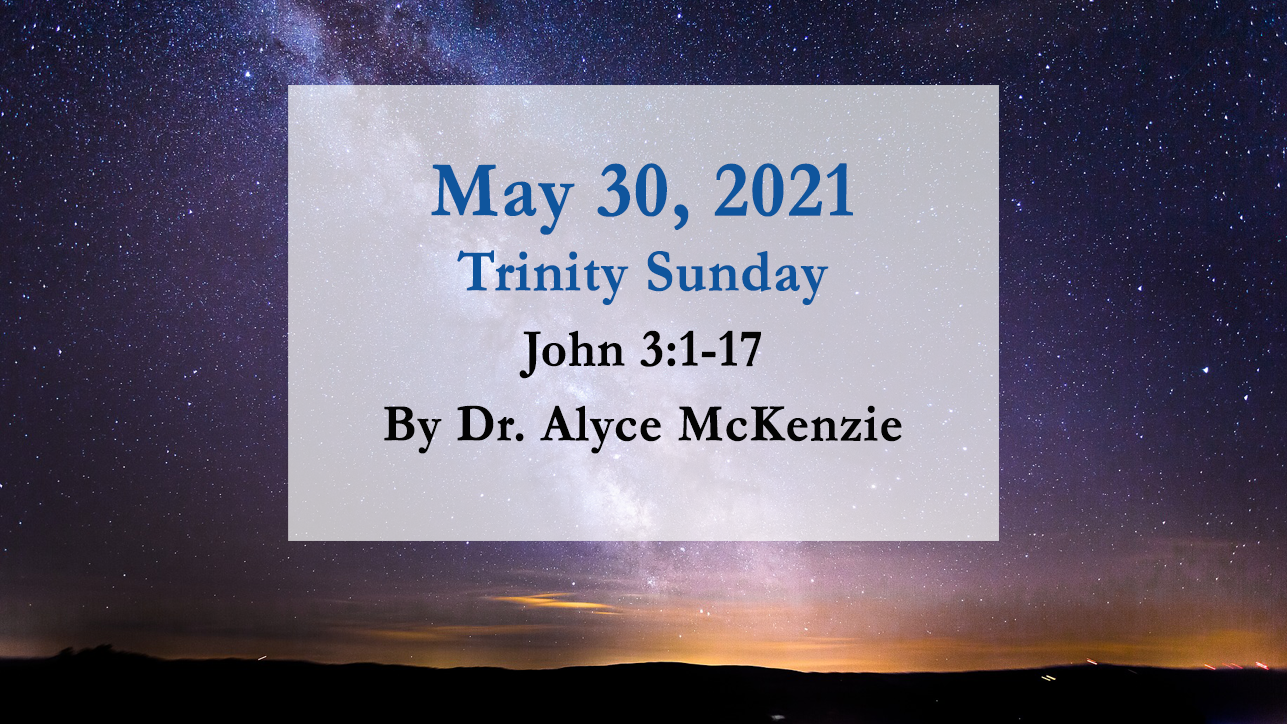 My grandson Graham was born the night before Thanksgiving seven years ago. He is healthy and growing, but his birth was not an easy experience for anyone concerned. He was two weeks late. They tried to induce him, but his heart rate kept dropping with every contraction. Finally, after many hours, they did a C-section, just in the nick of time since his umbilical cord was double wrapped around his neck.

For a year or so after his birth, he flinched every time I changed his onesie and pulled it over his head. His mother said all babies do that, but I wondered if he still had the memory of a tough birth and a cord around his neck in the back of his mind.

Nicodemus has already been born once. Physically, but also, I'd say, spiritually. He has been born into the traditions of the Pharisees and teachers of the Law. He has been born into the concerns for holiness and ritual purity of their interpretation of their religious tradition. Jesus tells him that in order to enter the kingdom of God, he needs to "born from above," often rendered "born again." Jesus is speaking metaphorically, but, as so often happens in the Gospel of John, the people to whom he is speaking are operating at the literal level.

Nicodemus accurately protests that a person cannot enter into the mother's womb a second time and be born (v. 4). He himself can't be born again physically any more than my grandson can. But a person can be reborn spiritually, or as Jesus puts it "born from above." John's Gospel frequently distinguishes between the "below" and the "above." The "above" is the realm of God working through Jesus to bring light, and to invite belief and the advent of eternal life in the present. The "below" is the realm of this world, with its darkness and resistance to belief in Jesus. New birth, then, is a breaking free of unbelief into belief. It is a breaking free of darkness into light. It is a breaking free of restricted, judgmental life into abundant life. As such, spiritual new birth is painful. Like physical birth, it involves leaving behind the past and breaking into the present. Like physical birth, sometimes it takes longer than we would like, and at other times it comes upon us before we are ready. Spiritual new birth, while set in motion by God's Grace, takes labor on our parts.

Here is how John Wesley described the New Birth in his sermon by that title.

From hence it manifestly appears, what is the nature of the new birth. It is that great change which God works in the soul when he brings it into life; when he raises it from the death of sin to the life of righteousness. It is the change wrought in the whole soul by the almighty Spirit of God when it is "created anew in Christ Jesus"; when it is "renewed after the image of God, in righteousness and true holiness"; when the love of the world is changed into the love of God; pride into humility; passion into meekness; hatred, envy, malice, into a sincere, tender, disinterested love for all mankind. In a word, it is that change whereby the earthly, sensual, devilish mind is turned into the "mind which was in Christ Jesus." This is the nature of the new birth: "So is every one that is born of the Spirit." (http://new.gbgm-umc.org/umhistory/wesley/sermons/45/)

I believe that Nicodemus, when he came to Jesus ("by night," the text is careful to point out) was already in the throes of new birth. He felt trapped in his current Pharisaical life and beliefs. They were strangling his spirit like a cord around the neck. I have developed an empathy and a fondness for Nicodemus. I wish Nicodemus could be born again spiritually in a joyful, obstacle-free, timely, and painless way. But the rest of the Gospel of John doesn't bear out that pretty picture, by my reading anyway. From my reading of the Gospel of John, Nicodemus never quite experiences that new birth. Spiritually he remains half in and half out of the womb, an awkward and painful place to be. Spiritually he remains in mid-labor.

That, at any rate, is how I interpret his two subsequent cameo appearances in the rest of the Gospel of John. In John 7, against the advice of "the chief priests and the Pharisees," Nicodemus defends Jesus, advising his colleagues to hear and investigate before making a final judgment against Jesus. In chapter 19 when Jesus is buried, Nicodemus brings an extraordinary amount of myrrh and aloes for the embalming of Jesus' body according to Jewish custom (Jn. 19:39). Even given John's penchant for extravagance, that amount is extraordinary. Both his defense of Jesus and the extraordinary amount of burial spices have always struck me as too little, too late. Reading between the lines, it seems to me as if Nicodemus could never quite emerge from his old life into his new birth. And neither can we, except aided by the Holy Spirit. An appropriate reminder and promise for Trinity Sunday.