The Preacher as Last Comic Standing? 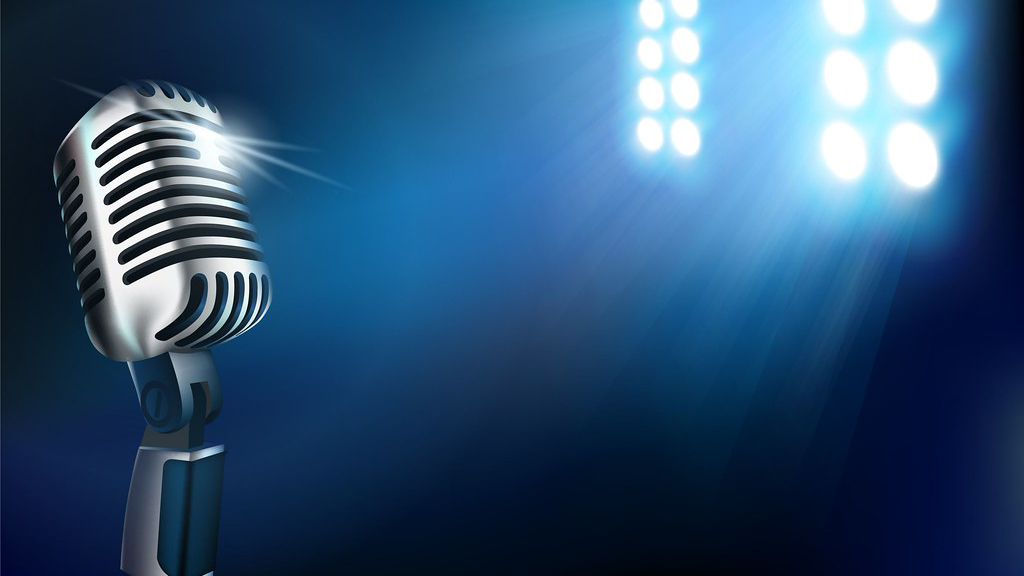 Preachers hear lots of feedback after they preach.

“You could be a hypnotist; you have such a soothing voice.” (Is this really a good thing?)

“I like your new robe.” (If you can’t say anything good about the sermon, mention the robe)

Another comment often heard by preachers is “You could be a stand-up comedian.”

What is the appropriate response to such a comment?

“Thank you, I think.” (Sounds insulting to the compliment giver)

“Not if my family wants to continue eating on a regular basis,” sounds like false modesty (or maybe just realism)

“Thanks be to God!” sounds blasphemous.

I am a fan of the show Last Comic Standing.  I wouldn’t stand up in a pulpit and recommend to parents that they have their children watch it, because it is, of course, often profane and vulgar. But for me, stand- up comedy is a fascinating genre – both because of its delivery and its content. Preachers can learn some positive lessons, as well as some cautionary tales, from stand- up comedians.

Both preaching and stand-up comedy involve the reality of careful preparation and the appearance of spontaneity.

A comedian who forgets her next joke and pulls her I phone or (God forbid, an index card) out of her pocket to look it up is dead on the stage.  It’s not so bad when you’re a preacher. You can consult the old school index card stuck in your Bible and continue your train of thought without the whole room getting off at the next stop. But for both comedians and preachers, it takes a tremendous amount of work to make one’s delivery look effortless.

This is why, when I’m the guest preacher for a week and preach every morning at 8:30 am, I can’t stay out till midnight eating pie (though, believe me, I would love to) or meet a conference attendee for an early breakfast. I’m internalizing my message and need alone time.  Content is not enough. Delivery is integral to the message.  Careful preparation maximizes the artist’s ability to connect with those to whom she or he is speaking.

Comedians and preachers both need to manage their insecurities and ego needs, or their addiction to affirmation will assassinate their art.

Both can get that needy light in their eyes like an American Idol contestant waiting to hear from Simon Cowell. It’s the look that says, “My whole life has been a lead- in to your opinion of me and my whole future rests upon your opinion of me. Please, oh, dear God, please, think I’m as wonderful as I’m afraid I’m not.”

Comedians who show their neediness are “trying too hard.” The secret to being funny is, of course, good material that connects with the experience of your particular audience. The deeper secrets are confidence and timing. By confidence, I mean not just the appearance of indifference to whether or not people laugh, but the real indifference to whether or not people laugh. If they don’t laugh, they are comedically challenged. You’re not. You continue to love them, but with a tinge of pity.  Under no circumstances do you doubt the essential ridiculousness of life, of which their not laughing at your carefully crafted remark is just another example.  Under no circumstances do you doubt your role as the reliable purveyor of the gift of comedy to them. Hold your head high as your witticism hangs like expelled gas in the air of the sanctuary.  The comedian who stands on the stage with the needy glint in his eye is on the verge of a slow and painful death in front of others. The preacher who preaches with that needy glint in her eyes, heads to the back, ostensibly to shake hands and greet worshipers, but actually to beg for biscuits like a pathetic little dog.

In both comedy and preaching, humor is a gift that potentially has healing properties. In the case of preaching there is heightened danger that it could also have hurtful properties.

Both preaching and stand-up comedy  rely on what I call the “knack for noticing,” the habit of close attention to inward life and life around us. In stand- up comedy, the comedian derives her material from being on the lookout for the absurd and the ridiculous in life within and around her and then hyperbolizing it to the breaking point.

Ways Preaching and Stand-up Comedy are Not (necessarily) Alike

I can’t speak with authority about what stand-up comedians view as the purpose of their craft since I’m not one.  I’ve experienced their work as an audience member and can speak to the various impacts it has had on me. It can make me laugh at myself or picture a ridiculous situation that is uniquely familiar. It can help me escape for a few moments, from an overriding anxiety. It can make me uncomfortable with certain attitudes and life patterns, as, for example, when a comedian did a bit on how his owning an Infinity instead of a Ford Focus contributed to thousands of hunger related deaths a year. It was only funny in a “this is dark and too true to be funny, but I’ll laugh nervously along with everyone else: “heh, heh, heh,” sort of way. Comedy can make me laugh without wondering about its purpose.  I’m guessing the question “What is the purpose of my comedy?” is not always foremost in a comic’s mind. But I could be wrong about that.

I do know as a preacher that the question “What is the purpose of my comedy? does have to be a primary consideration. Lots of things make people laugh that are not the gospel, that undermine the gospel. The preacher activates the same knack for noticing and hyperbolizing that the comic does, but for the purpose of pointing up the human condition’s habitual tendencies and patterns in the context of God’s creative, forgiving grace. Throwing in humor to mask weak biblical work or sloppy theology is a cop out. It’s an insult to the genre of comedy as well as that of preaching.

The Source of the Speaker’s Confidence

Humor is a gift; it can be a means of grace; it has healing properties. I consider the ability to see the humor in life and convey it to others is a talent that can be used to build up the Body of Christ when it is used in a loving way. This perspective comes out of my recent work with 1 Corinthians in which Paul tells us there are many gifts but one Spirit. (1 Corinthians 12:27-31) The spiritual gifts include teaching, knowledge, interpreting the present in light of God’s will, leadership, and healing (both physical and emotional/spiritual).  The spiritual gifts are the road, our talents are our car and Love is the destination.

Lessons to be Learned:

Attentiveness and Respect for the Power of Humor

Do activate the dynamic of stand-up comedy as you go about your day: on the lookout for the absurd, the ridiculous in life within and around you and then hyperbolizing it to the preaching point.

The more varied and interesting your life experience, the more you have to draw from in using humor.

Voice, the unique perspective and contribution you have as an artist, is the product of that to which you are attentive. That goes for comedians and for preachers.  What patterns are there in the things you notice and think are preachable, memorable, hilarious?  What draws your attention?

Mary Katherine Hilkert, Roman Catholic theologian and author of Naming Grace, says that in preaching we name grace around us and we name that which is not grace. Humor, when appropriately used in preaching, is a naming of grace in our own thoughts, relationships and world. Humorless preaching results when we’re not attentive to the full range of God’s involvement with the world.

When someone comes up to you after you preach and says “You could be a stand-up comedian,” let’s hope they don’t mean “because you were vulgar, used profanity, insulted my ethnicity and probably will never be allowed to attend another Thanksgiving dinner in your childhood home.”

Let’s hope they mean “You used the gift of humor in such a way that you gained and held our attention, lowered our defenses and allowed the good news to touch our minds and hearts.”

Here are some things to remember so people mean option #2 rather than option #1.

Things Not to Do

Don’t try to be a stand-up comedian; you’re not one. You’re a preacher.

View your sense of humor as a gift, not a personal possession. “What do you have that you did not receive? And if you received it, why do you boast as if it were not a gift? ” (1 Cor 4:7)

Be willing to sacrifice the satisfaction of making people laugh if a joke is a distraction from the point rather than an accessory to it.

Don’t make fun of people or groups of people unless you’re including yourself and even then, be careful.  Making fun of general human tendencies and traits that we share is safer. Some stand-up comedians, though by no means all, assume that it’s open season for jokes about their own gender, ethnicity, race, sexual orientation, religion, nationality, etc.  Be careful about that as a preacher. Others may resent being lumped into your category with you. Just because you’re making fun of yourself doesn’t mean you’re not making fun of them too.

Don’t say things about your family you wouldn’t want them to hear, banking on the fact that they don’t go to church, will never look your sermons up on the web, and will never buy the DVDs.

So next time someone comes up to you after you preach and says “You could be a stand- up comedian,” what are you going to say?

“Not if my family wants to continue eating on a regular basis.”

Or “Thanks be to God for the gift of humor!”

I don’t like any of those. #1 is too wishy washy. #2 is too self-denigrating. #3 is too sanctimonious.

I’ll keep working on it. If you think of a better response, let me know.

Dr. Alyce McKenzie is Le Van Professor of Preaching and Worship at Perkins School of Theology and Director of the Perkins Center for Preaching Excellence at SMU.