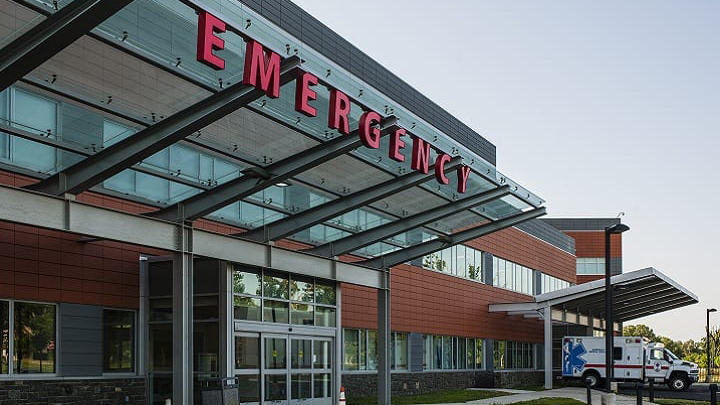 As a lectionary preacher before I came to serve in the hospital, seasons of the church’s year set the rhythm and tempo of the church life and my life. Preparing weekly sermons required that I engage the Bible at a much deeper level than I would have otherwise. Meditating on the Scripture text helped me to know God’s story and struggling with difficult texts was one way to be blessed by the text; the same way Jacob was blessed by God by the shore of the river Jabbok. Through this process, I felt the heart beat of the church community, young and old, as we travel together in the journey of faith. For sure, crisis and events around us could show up anytime, but the life of the church will continue through its seasons.

I missed all of that when I chose to leave the parish ministry to be in healthcare chaplaincy. The hospital is a very different place, needless to say.  Everyday is pretty much the same as the others; there was no rhythm to it; weekends, holidays, and workdays seemed all the same. When I first entered CPE, the environment seemed sterile, cold, and impersonal. Walking through the ICU gave me the impression of walking through a science fiction movie where people are hooked up with wires and tubes, so heavily sedated that no verbal response is possible. The best I could do for these people was to say a prayer softly at their bedsides.

For the first few months, I missed my church family dearly. Leaving the church to work in the hospital, I basically ministered to strangers about whom I knew next to nothing and who I might never see again after a few days. Conversations in such cases were short, commonly quite superficial, and were frequently interrupted by the medical team. I had difficulty figuring out how to provide care in such a fast paced environment.

Then there came the differences in vocabulary. The bond of connection in the church most often begins with a common language of faith based upon the Bible and the church ministry:  mission, stewardship, vacation bible school, potluck, Easter, Christmas, Lent, Advent, and the list goes on. In the hospital these rarely come up. We talk about anxiety, grief, fear, loss, the meaning of life, the withdrawal of care, Code Blue, decisions not to resuscitate, Living Wills and much, much more.

The differences between the two settings of ministry were so great that I began to doubt whether or not I had the capacity to serve as a healthcare chaplain. I told my husband that I had lost the rhythm of life leaving the local church.

The turning point came, 3 months later, when I got to Harris Methodist Hospital, a HTrauma Center Hospital in Fort Worth. It was my first on call night, serving as the only chaplain in this hospital of 720 beds. The place was blazing with lights and bustling with activity throughout the night. Ambulances were coming and going and helicopters arriving and departing throughout the night bringing in victims from the Fort Worth area and vicinity. The medical staff was busy working in this exceedingly frenetic and high-pressure environment attempting to respond to the numerous trauma victims being rolled through our doors. That night the medical team together with the trauma staff, I included, attended to three Level 1 traumas. We ended up losing one patient after an hour of CPR. She was only 45 years old, a victim of domestic violence. The medical team did everything they could but could not save her. Emotions were running very high. Nurses were tearful, physicians were angry. As chaplain, I took care of the staff as much as the victim and her family. That night, through the efforts of the medical team, I recognized the Light of God shining in the darkest hour of human suffering; and through the wailing cries of grief and silent tears of sorrow, I felt the Presence of God standing in solidarity with those who mourned.

Working in the trauma center, first at Harris Methodist and then shortly after at Parkland, I very soon found my life rhythm and meaning again. While I was no longer connected to the seasons of the church’s year through preaching and teaching, I was connected to the seasons of peoples’ lives as reflected through Jesus’s life illuminated by the gospel. When I celebrated the birth of a child, I felt God’s presence so near and real. When I met a patient lamenting on God’s silence, asking for a moment of respite from pain, I remember Jesus in the Garden of Gethsemane, praying to God for removing from Him the cup of suffering. And when a patient shows up in the Pastoral Care’s office requesting to see me after six months in the long term care hospital waiting for death, I feel as if I stand in the Garden of the empty tomb on Easter morning when life is resurrected.

On any given workday now, I can experience the moods and emotions of several seasons of the church’s year through the lives of those around me.  Even though these don’t necessary align with the church calendar, the experiences themselves remind me of God’s creative love and power.  Living and sharing my life as I care for those who come across my path and being cared for in return helps me to experience the truth of the gospel and to stay anchored in different seasons of life.

Rev. Mai Le currently is in her second year serving at Parkland Hospital and Health System in Dallas, Texas. Before coming to Parkland in the role of chaplaincy, she served at Lovers Lane UMC in Dallas for 6 years as associate pastor and then as the pastor at Chapel Hill UMC in Farmers Branch for 3 years.