by Perkins Center for Preaching Excellence on Thursday, July 1, 2021 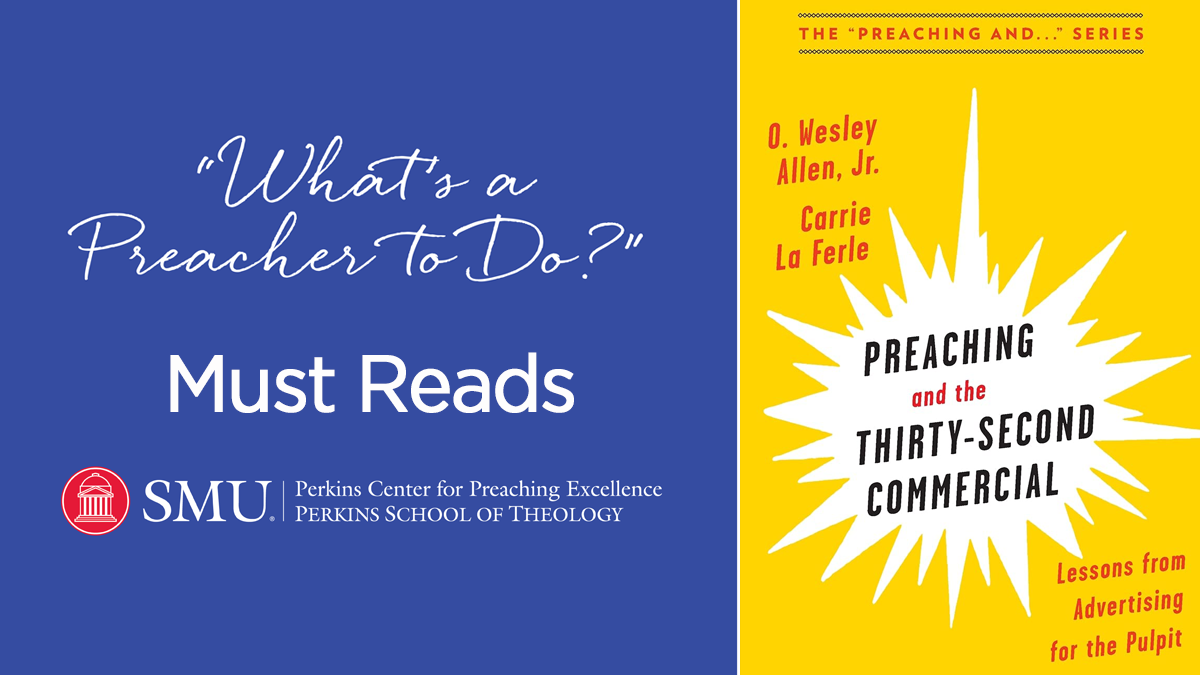 featuring their book Preaching and the Thirty-Second Commercial

At first glance, preaching and advertising seem worlds apart from one another. One tries to proclaim the love of God and neighbor; the other tries to sell you something that you may or may not need. Yet both must compete with other ways we receive and process information in an increasingly distracted world.

La Ferle has received several awards, such as the Teacher-Scholar Award during her time at Michigan State University; the President’s Associates Outstanding Faculty Award in 2009 from SMU; and, in 2012, the Altshuler Distinguished Teaching Professor Award, SMU’s highest teaching recognition.

La Ferle has been an active member of the American Academy of Advertising for over 20 years, holding positions from newsletter editor to vice president. She is also a longtime member of the International Advertising Association and serves on the editorial review boards of many journals, including the Journal of Advertising. Prior to academia, Dr. La Ferle worked in agencies in Toronto, a media buying firm in Los Angeles and a licensing and merchandising company in Tokyo.

Rev. Dr. O. Wesley Allen, Jr. is the Lois Craddock Perkins Professor of Homiletics at Perkins School of Theology at Southern Methodist University. Dr. Allen serves as president of the Academy of Homiletics. He earned degrees from Emory University, Yale Divinity School; and Birmingham-Southern College. Previous to Perkins, Dr. Allen served on the faculties of Lexington Theological Seminary and Drew University, and served as a local church pastor and campus minister.

He is the author and editor of numerous books on homiletics and interpretation of the New Testament, as well as many scholarly articles and published sermons. Allen’s area of expertise,the Synoptic Gospels and Acts, produced the seminal Reading the Synoptic Gospels: Basic Methods for Interpreting Matthew, Mark, and Luke (revised and expanded in 2013).

In the arena of preaching and worship, Dr. Allen has special interest in rethinking the role of preaching and liturgy in the shifting, postmodern world of the twenty-first century. Other books published with Chalice Press include Preaching Resurrection and Preaching and Reading the Lectionary: The Three Dimensions of the Liturgical Year.