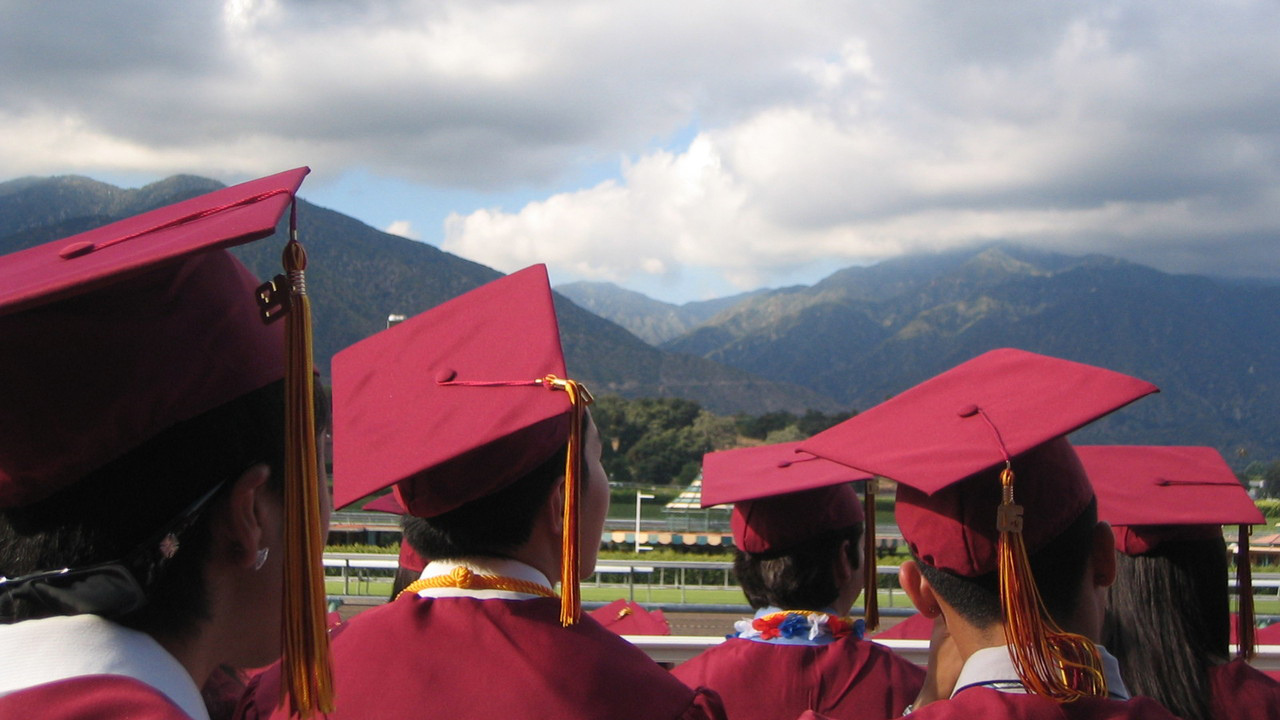 Secular commencement addresses give advice.  Ted Turner’s commencement speech at Duke University almost 20 years ago is the stuff of legends. He ambled to the podium and leaned an elbow on it and said, “Your President asked me if I’d offer a few words of advice to you as you graduate. Here they are “Get out there and work your butts off.” Then he sat down.

Secular commencement addresses seek to motivate listeners to action with inspiring promises. The one I’ve heard most often is “Your dreams do not exceed your grasp.” This is a lovely sentiment, but, in my experience, it is not always true.

I once heard a motivational speaker turned preacher describe why he gave up his lucrative career on the lecture circuit in favor of being a preacher and pastor. “I realized that, in my motivational speeches, I was telling people to turn up their thermostats. And then one day I realized that I had no furnace. “

Jesus’ commencement address in John 14-16 has a furnace. It has power behind it, the power and presence of the Father. Because of that power and presence, Jesus is able to do more than offer advice and push people to excel. He is able to promise them aid and guidance in their efforts. Instead of two bits of boot strappy advice, Jesus’ commencement offers two energizing promises.

“The Father will give you an Advocate to be with you forever.”

At a graduation some years ago, then Dean of the Cox School of Business Albert Niemi encouraged graduates to stay in touch and assured them that the faculty would be happy to offer advice and to suggest opportunities and contacts that might facilitate their future endeavors. That implied an ongoing investment by the faculty in their students’ futures.

But Jesus goes further. I have never heard a commencement speaker promise to send someone else to guide and empower the graduates in the speaker’s absence. Jesus promises to send the Advocate, the Paraclete, or Holy Spirit to be his presence in his physical absence. We are told that the Father sends the Holy Spirit in John 14:26. A little later in John’s gospel (John 15:26; 16:7) Jesus says that he is sending the Advocate to the disciples. Elsewhere in the New Testament we are told that Jesus sends the Spirit (Luke 24:49; Acts 2:33) but that the Father is the source of that Spirit (Romans 5:5). This ambiguity has led to centuries of debate between Eastern Orthodox and Roman Catholic Christians about whether the Spirit proceeds from the Father (Eastern Orthodox) or from the Father and the Son (Roman Catholic). The difference of opinion contributed to the split between the two in 1054.

The Spirit, Advocate or Paraclete Jesus is sending is “the Spirit of truth,” or “the Spirit that communicates truth.” Not everyone can discern the presence of this Spirit. Not everyone is willing to accept this gift. But disciples can and do (14:17). The disciples’ job is to recognize Jesus, love him, and live by his teachings as he dwells within them through the Holy Spirit. Jesus as commencement speaker is promising that a divine presence will come to and dwell within those who love him, who “keep his words” (14:24). That presence is alternately identified in chapter 14 as the Spirit (verses 15-17), Jesus (18-21) and the Father (23-24).

This unprecedented promise is accompanied by a demand. Love Jesus and none other and keep his commandments. Jesus is demanding exclusive loyalty to himself as the bearer of the New Covenant, just as God at Sinai, presenting the first Covenant, demanded the exclusive love of the people of Israel (Brown 644). Keeping or fulfilling the commandments doesn’t refer to abiding by a checklist of moral precepts, but to a whole way of life that issues from a loving union with Christ (Brown 636).

“Whatever you ask in my name, the Father will grant you”

Jesus’ Commencement Address holds out the promise of a God who doesn’t just wave from the porch and wish us luck, but who lives and works in our hearts and in our homes. My friend Gayle, a United Methodist pastor, has a nephew named Luke. When he was a little boy, he had a lot of questions about God.  He decided to write his questions down and give them to God. So he would write one at a time on a small piece of paper, ready to hand over to God. “Where should I leave the note?” he asked his mother. “On the porch, because isn’t God too big to come inside?”

“Let’s ask Aunt Gayle,” said his mother. “She’s a pastor. She’ll know.” When they called her, Aunt Gayle said, “Put it on the coffee table in the family room. God is not too big to come into the house.”

Commencement speeches keep at a distance from listeners, waving from the porch as the graduates drive away into their futures. “Good luck! We hope you turn out well!”  Jesus’ commencement speech shows us that God is not too big to come in the house of our fears, our dreams, and our futures. God is not too big to help us struggle with the enigmas and tragedies of life. God sends the Spirit to support our godly goals and to calm our troubled souls. Jesus’ commencement address is my personal favorite of all the speeches I’ve ever heard. Because it not only promises, it delivers.

Photo by airfin - from FreeImages