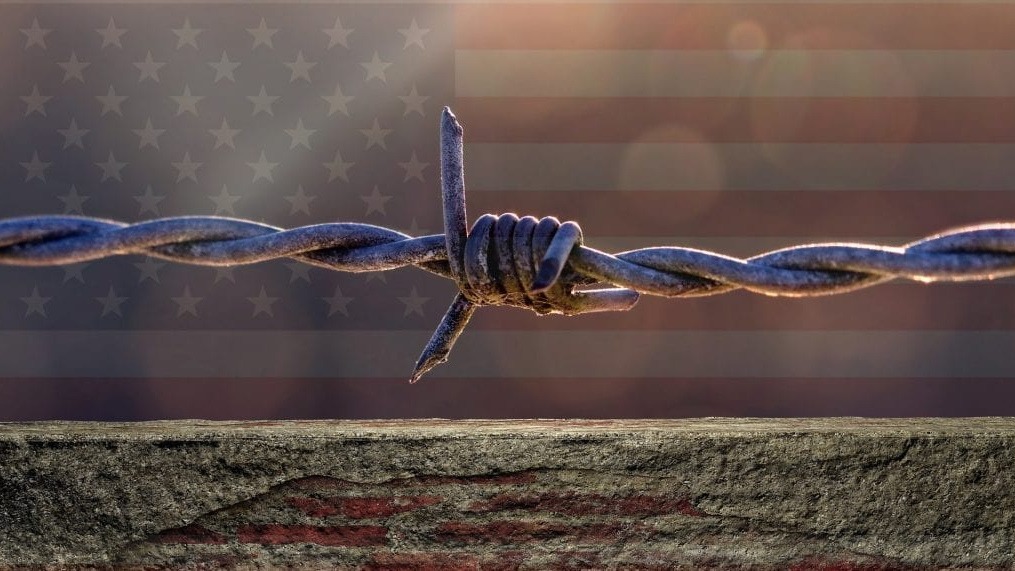 I am usually at odds with my evangelical sisters and brothers in most theological, ethical, and political matters. I have been especially disappointed that the evangelical church has been so silent in response to so many things Candidate and now President Trump has said and done that the church universal has in the past condemned—adultery, greed, misogyny, fraud, racism, corruption, lying, to name only a few. That is why I am surprised, but oh so thankful, to hear some evangelical voices condemning the current administration’s actions of separating immigrant children from their parents (often by force and sometimes through lies). I write in hope that clergy across the theological spectrum will join their voices in the pulpit this Sunday and on Sundays to follow.

If the inexcusable treatment of some of the most vulnerable people on the planet isn’t enough reason to speak up, Attorney General Jeff Sessions gave us one this week in a speech made to law enforcement personnel in Indiana. He justified the practice of removing children from parents by citing Scripture: “Persons who violate the law of our nation are subject to prosecution. I would cite you to the Apostle Paul in his clear and wise command in Romans 13 to obey the laws of the government because God has ordained them for the purpose of order.”

Prooftexting rarely serves God, the church, the world, or the Bible itself well. As Shakespeare wrote,

The devil can cite Scripture for his purpose.

A goodly apple rotten at the heart.

Oh, what a goodly outside falsehood hath!

Sessions has presented preachers with an opportunity to defend some of God’s children and God’s word at the same time.

First, Paul’s language about obeying the government needs to be put into proper perspective. Paul wrote in an age when the church was held in high suspicion by the powers-that-be in the Roman Empire. The Apostle was not claiming every law of the Empire was just and divinely ordained simply because the government had the power to enforce it. He would never, for instance, advise those in the early church to worship a statue of Caesar. Indeed, the apocalyptic worldview that lies just under the surface of the language in the Pauline corpus (but which we often miss in our modern worldviews) is clear that worldly powers will be subjected and subdued by Christ (e.g., Rom 8:38–39; 1Cor 15:24–25; Phil 2:9–10; Eph 1:20–23).

Moreover, the biblical tradition of calling government to accountability and challenging it for failing to be fair, equitable, and merciful in its treatment of the weak is found throughout the prophetic tradition in the Bible. Indeed, Jesus himself countered the reign of Caesar by centering his ministry on the proclamation of the reign of God—serving God’s beneficent will for the world over against Caesar’s self-serving, us-against-them, will for the world.

Second, regardless of where different Christians stand on what immigration policies should be (and we disagree greatly), we should all unite in leading the nation in being compassionate toward those who have risked so much, often including risking their lives, to cross our borders. Even while enforcing the law, we can express concern for the plight these people have faced that led them to these extreme measures. How bad must their existence be that they are trying to come to a country that is calling them vile names, accusing them of vile acts, building a wall to keep them out, uttering threats against them, and now claiming Scripture compels them to do so?! The Bible commands (yes, the language of God’s laws over that of human laws) that the people of God treat aliens in their midst with radical hospitality, opportunity, and charity. Oh, that we would be a nation willing to leave part of the bounty of our harvest for migrants to glean!

At the very least, though—even if we refuse to let them join our society—we should honor parents who are trying to save their children and themselves from the suffering they are experiencing and will experience in the future. Sessions said he would not apologize for enforcing the law. Fair enough for an attorney general (although the law does not require pulling a baby away from its mother while nursing!). But there is a difference between enforcing the law and using the law to grind the “other” into the ground in order to deter others.

Moreover, is there not a way to uphold the law and grant dignity at the same time? Do immigrants not deserve our utmost respect for doing what we hope we would have the courage to do were we to find ourselves in their situation? And do not children deserve our compassion as the law is being administered—common sense compassion that looks different than hollowed out WalMarts and tent cities on military bases as prisons/orphanages? This gives a whole different spin on Father’s Day sermons, does it not?

Third, we should not get so focused on the immediate crisis of the ripping away of children from their parents that we do not talk about the wider issue of immigration. Like too many socio-political issues in our culture that get reduced to partisan soundbites and slogans, the immigration crisis is a complex problem that cannot be fixed with a simple solution—be it calls for a giant wall or a completely open border. It will require diplomacy to help people in their home countries, aid to help those who come here, better and quicker procedures to process and screen those who apply to come to the U.S., new laws, and so on and so forth. Preachers should be wary of trying to provide simple answers (from any point on the political or theological spectrum) that says explicitly or implicitly, such-and-such is what Christians must think about immigration to be a Christian. Instead, they should offer sermons that help the church in the U.S. be in conversation about immigration and engage the reign of Caesar in that conversation. A great place to start that conversation is to lead the church in leading the country in rejecting any ways we demonize and dehumanize immigrants and immigrant families, lifting up the sanctity of families—all families—and modeling a commitment to both upholding in a just manner laws that are just and upholding compassion for those whose quality of life is under severe threat. In a day when politics, culture, and church are so significantly divided, preachers need to find ways to model speaking prophetically while being able to converse with (not just debate or yell at) people with whom we disagree.

Author of Preaching in the Era of Trump