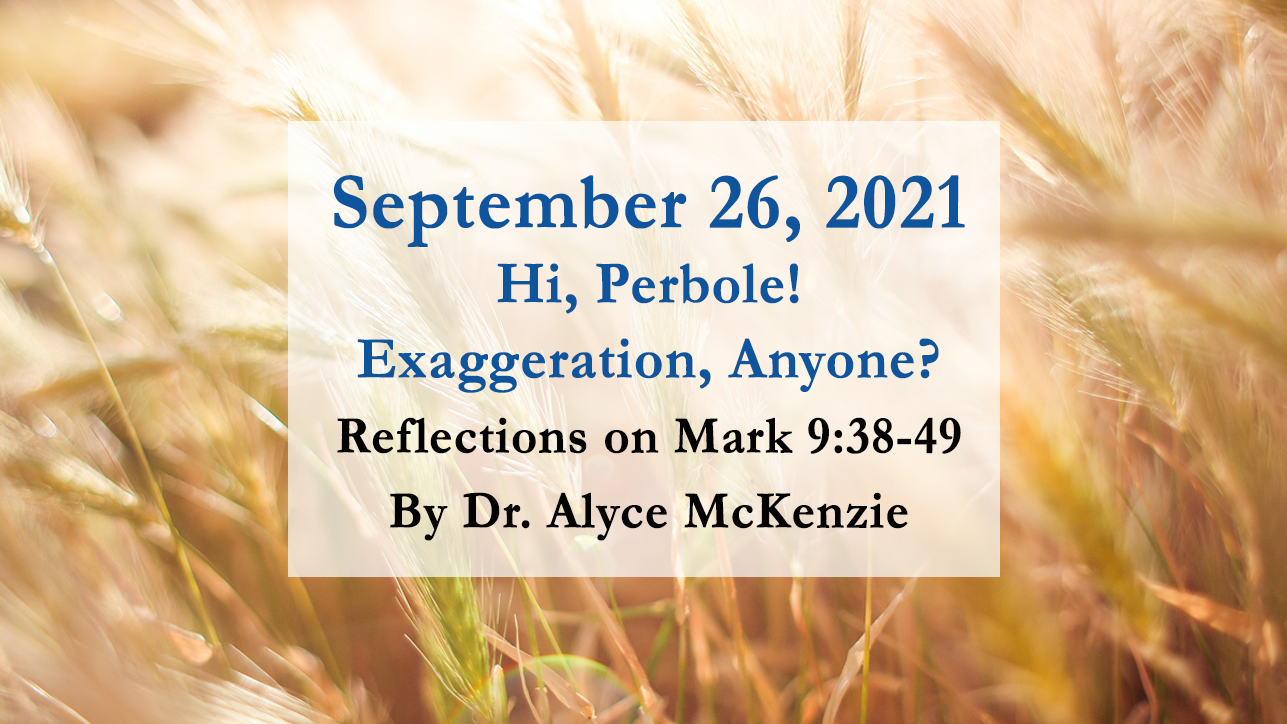 To touch the hot stove or not? Who stands in front of the stove trying to decide which option to choose? Sometimes the better choice is obvious.

There is a form of proverbial wisdom called the "better than" proverb that presents two sharply opposed choices, one of which is clearly good and the other clearly not.

One who is slow to anger is better than the mighty, and one whose temper is controlled than one who captures a city (Prov. 16:32).

A good name is to be chosen rather than great riches, and favor is better than silver or gold (Prov. 22:1).

Some "better than" proverbs convey that wisdom is a better choice than any alternative.

My fruit is better than gold, even fine gold, and my yield than choice silver (Prov. 8:19).

Jesus was the heir of the methods of the Hebrew sages or wisdom teachers. He borrowed their forms and used them in edgy ways to subvert conventional wisdom's do's and don'ts. He was taking a page out of Qohelet's book. Qohelet is the name given to the author of Ecclesiastes.

I thought the dead who have already died, more fortunate than the living, who are still alive, but better than both is the one who has not yet been and has not seen the evil deeds that are done under the sun (Eccl. 4:1, 2).

Other examples of "better than" proverbs from Ecclesiastes include "Wisdom is better than weapons of war, but one bungler destroys much good" (Eccl. 9:18) and the whole of chapter 7.

Jesus used the traditional "better than" form, but, much like Qohelet, he invested them with edgy, subversive content. You can't read Mark 9:38-50 without stumbling over four "better than" sayings.

If any of you put a stumbling block before one of these little ones who believe in me, it would be better for you if a great millstone were hung around your neck and you were thrown into the sea (Mk. 9:42).

If your hand causes you to stumble, cut it off; it is better for you to enter life maimed than to have two hands and to go to hell, to the unquenchable fire (Mk. 9:44).

If your foot causes you to stumble, cut it off; it is better for you to enter life lame than to have two feet and to be thrown into hell (Mk. 9:45).

If your eye causes you to stumble, tear it out; it is better for you to enter the kingdom of God with one eye than to have two eyes and to be thrown into hell, where their worm never dies and the fire is never quenched (Mk. 9:47-48).

What Jesus does is take a traditional proverbial form used to offer clear-cut options and adds a dash of paradox and a big dollop of hyperbole. The paradox comes in as he presents something painful and distasteful as the better choice: drowning with a millstone around our neck and cutting off our hand, our foot, or our eye. The hyperbole comes in as he exaggerates the choice to the nth degree. All three self-amputations are better than having two eyes, two hands, and two feet, but still going to hell "where their worm never dies and the fire is never quenched" (Mk. 9:48).

New Testament scholar Robert Tannehill, in his classic book The Sword of His Mouth, calls these sayings "focal instances." They picture a specific scene and make a statement or command relative to that scene. They imply an exaggerated judgment and make an extreme demand. They are not legal rules meant to be enforced literally as general regulations. They are meant to make us look at human behavior in a whole new way.

Obviously, no one is a biblical literalist. Otherwise, there would be a lot more people with one eye, one hand, or one foot. While we don't take these sayings literally, we are to take them seriously. But who wants to do that?

In everyday life when people exaggerate, they are stretching the truth. The fish, no kidding, it was two feet long. (All right, maybe it was 18 inches.) We had 500 people in worship this week. (Okay, maybe it was 350.) I have never said one single negative thing about you behind your back. (Okay, maybe one.)

What is different about Jesus' use of hyperbole is that he is not exaggerating about the destructive potential consequences of our actions. Not really.

Remember the fable about Henny Penny or, as it's sometimes known, Chicken Little? In the fable, an acorn falls on Chicken Little's head, and he thinks the sky is falling. He runs around the forest exaggerating and convincing other animals to follow him.

In our case the risk of misleading others, of stumbling into actions that hurt ourselves and others, is very real and very serious. We can be all about trivializing and discounting it. But that object that just hit my head is a chunk of the sky that is starting to fall. I want to be able to shrug it off and call it an acorn.