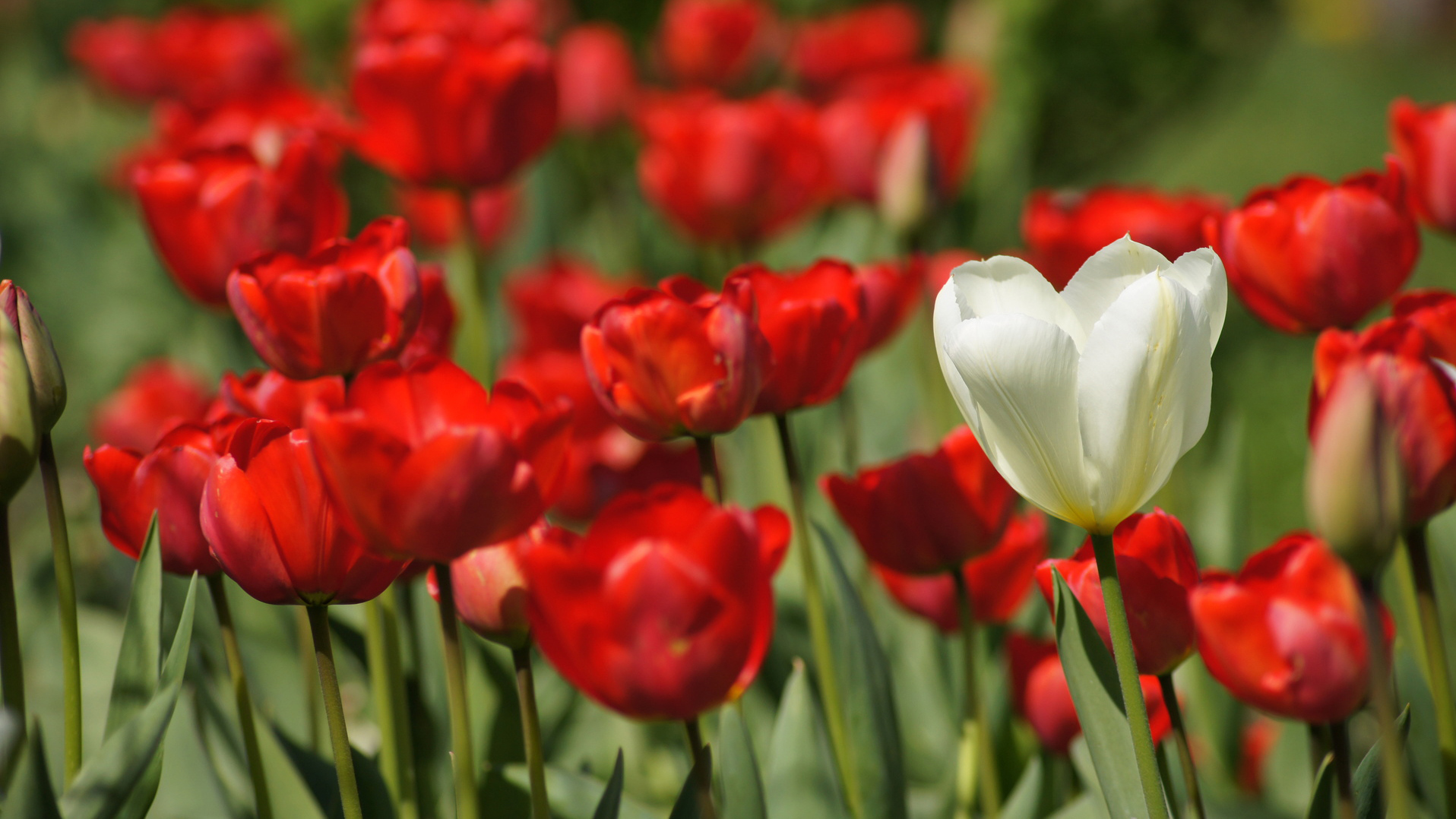 Last week I had the privilege of being one of four keynote speakers for the Young Preachers Festival at Church of the Resurrection in Leawood, Kansas. It was co-sponsored by the United Methodist Church of the Resurrection (COR) and the General Board of Higher Education & Ministry (GBHEM) of the United Methodist Church. It was attended by 150 young United Methodists- preachers or potential preachers. 35% were high school and college students coming to explore their calling; 21% were seminary students discerning a call to ministry, and 42% were young clergy in various stages of the ordination process.

As I looked out over the young faces of those gathered in the Wesley Covenant Chapel at Church of the Resurrection on a hot July day in Kansas, I felt, rather than heard God saying within me, “Be encouraged. I am still calling, and people are still responding.” All their faces were eager, and some were anxious. I was aware that I was speaking to a varied audience, not all of whom were on the same page or at the same stage. All had a common calling as baptized Christians – to live out God’s love in the world. Some weren’t yet sure how they would use their spiritual gifts to live out that calling. Not all were convinced they wanted to be preachers, though some were well on their way. I saw my role, not to persuade those present to any particular path, but to invite them to allow the Holy Spirit to illuminate their path, toward whatever form of ministry God might be leading them.

To those discerning a call but not sure it would be to preaching. I wanted them to respect whatever path lay before them. To them I wanted to say this:

The first day of class in my Introduction to Preaching class I have each student stand and address the class. Each person stands at the front and tells us their name, where they’re from, denomination, preaching experience and what they did in their former life if they’re second career students.

A few years ago the young man in his late thirties ended his remarks this way: “For the past 12 years I have been a high school band director. But then God called me to do something significant with my life and I am now on the ordination track.”

Now I was a shy girl in high school. I had friends, but was not a joiner. Except that I was in the band. I played the clarinet in the concert band and the bass clarinet in the marching band. I was a band member! And it was an important contributor to my high school self-esteem that resulted in a lifelong love of music.

There are many talents in this room. God calls each of us to pay attention, to notice the contribution we make to God’s good purposes in our current work. Not wait for some bright, distant day when God will finally call us to do something significant with our lives.

In Jewish understanding, all work participates in tikun olam, God’s work to repair the world. Martin Luther articulated a Christian understanding of work in the 1500’s. He believed that we all have different offices- what we do for a living. But we all have a common calling or vocation. The word vocation comes from the Latin vocare to call. Your vocation and mine is to be God’s person in the world, to confess and live out our faith in Christ and to share in his ministry of compassion and justice in the world. In whatever form that might take.

To those experiencing a call to preach but having significant doubts, I wanted to encourage them to honor their own uniqueness and not to second guess God’s choices. To them I wanted to say this:

There are some people I suppose who, when they sense God calling them to preach, respond “What took you so long! I’m an obvious choice! Of course, me!”

But for many their first question was like mine, “Me? Seriously? Why?”

In 1 Kings 3 young King Solomon, to whom tradition often attributes the Book of Proverbs, has a “Seriously?” moment when his father David dies and he is to be the next king.  I imagine him thinking to himself: “Dad was charismatic, multi-gifted and wildly popular. I, on the other hand, am young, inexperienced and completely intimidated. Help!”

So Solomon goes up to Gibeon to pray and offer sacrifices. God appears to Solomon in a dream and says “I’ll give you the one thing you want most. What is it?” Solomon gives a good answer: “Give me a lev shomea”- in the Hebrew- a “discerning mind” or a “listening heart.” For the Hebrew way of thinking, the heart was the source of not just emotions, but also decision-making, and character. God answers “Indeed I will give you a listening heart, because no one like you has ever been before and no one like you will ever be again.”

Perhaps at one time or another you have thought, “Everything has been said before.” And that may be true, but it has never been said by you before.

To all those present, with a variety of spiritual gifts, but one vocation, one calling to be God’s people in the world, I wanted to say that we only become our truest selves when we give ourselves back to God. To them I wanted to say:

One of my favorite verses in the Bible is Jesus’ saying about finding and losing. It appears in all four gospels in almost the exact same wording. Matthew 16:24ff Then Jesus told His disciples, “If anyone would come after me, he must deny himself and take up his cross and follow me. For whoever wants to save his life will lose it, but whoever loses his life for my sake will find it. What will it profit them if they gain the whole world but forfeit their life? Or what will they give in return for their life? (See also Luke 17, John 12 and Mark 8)

The word life (nephesh in Hebrew; psyche in Greek) refers to your essential identity that resides in the breath and the blood. In Greek, psyche is the life-force at the depth of your inward being. Genesis 2:7 tells us that “The Lord God formed the human from the dust of the ground and breathed into his nostrils the breath of life and he became a living being (nephesh). “ Life” is God’s gift to you of your essential you-ness. It is the you that has never been before and will never be again.

Your identity and unique gifts are a gift from God to be used for God and not hoarded for your own agenda. The kernel of joy that comes from a life devoted to the ministry of preaching or living out your calling in whatever way God calls you to- comes from daily living for something/someone beyond ourselves. Our unique contribution is a gift that we only can rejoice in and appreciate by giving it back.

The Parable of What I Found in the Parking Lot at Kohl’s.

And now I share with you the parable of “What I found in the parking lot at Kohl’s.”  It was Good Friday afternoon and I pulled into the parking lot at Kohl’s in Allen, Texas, where I live. “What were you doing shopping on Good Friday?” You might ask. “All I can say is that I for some reason felt compelled to go buy a bathmat and toilet hugger because I had a Kohl’s coupon.

As I walked across the parking lot on my way into the store, I happened to look down at the asphalt and there glimmered a golden ring. When I stooped to pick it up, I found that it was a golden ring with a row of five small diamonds on top.

My first thought was “Hmmmm…”

My second thought was “I wonder if it fits.” It did. Perfectly.

My third thought “What kind of careless person drops their ring in a parking lot? Do they really deserve a ring like this?”

My fourth thought was “What if I just kept this?”

My fifth thought (by now I had entered the store and was heading toward the customer service desk) was “I can’t keep it, because it’s not mine to keep.”

I approached the customer service desk.  A man in his mid-twenties stood behind it.

I handed him the ring. “I just found this in the parking lot.”

His eyes widened. He reached for the loudspeaker mic.

“Wait,” I said. “I wouldn’t get on the loudspeaker and announce that you’ve just found a ring with 5 diamonds in it, and that the owner should come to the back and claim it.”

I wrote my name and phone number on a post a note and gave it to him, you know, just in case nobody claimed it. It did fit me perfectly after all. I wrote under my name “Ring finder” That sounds like a game name doesn’t it?

After I turned it in I went to the linens and towels section and bought my beige bathmat and toilet hugger and drove home. I told my husband about it, and he said. “If you had kept it, every time you looked at your hand you would have thought, ‘I’ve kept something that belongs to someone else.’ ”

We all have a calling. If it’s not clear precisely how we are to live it out, rest assured, if we pay attention it will be revealed over time. For some it’s a call to preach. For others a call to use your spiritual gifts in a different way. Whatever you are called to do, respect your uniqueness and your contribution. And remember that it is a gift to be given back, not a possession to be used to further a personal agenda. It comes down to John Wesley’s question, which he borrowed from the Apostle Paul: “Lord, What have I that I have not received?” (1 Corinthians 4:7)

I took the tags off my bathmat and toilet hugger and was getting ready to go to the Good Friday service at Church- I’m an alto in the Chancel Choir and we were singing “Lamb of God that takest away the sins of the world.”

The phone rang. I answered it. “This is Sandy,” a woman’s voice said. “Is this Alyce?”

“You found my ring this afternoon. I got engaged last week and was planning to get the ring sized down the day I lost it. I didn’t’ think I’d ever see it again and was trying to figure out how to break the news to my fiancé.  So I want to thank you. Not everyone would have returned something that didn’t belong to them.”

That’s true, I guess. But I’ll bet each of you would. Wouldn’t you?

Photo by Lucyna Andrzejewska from FreeImages