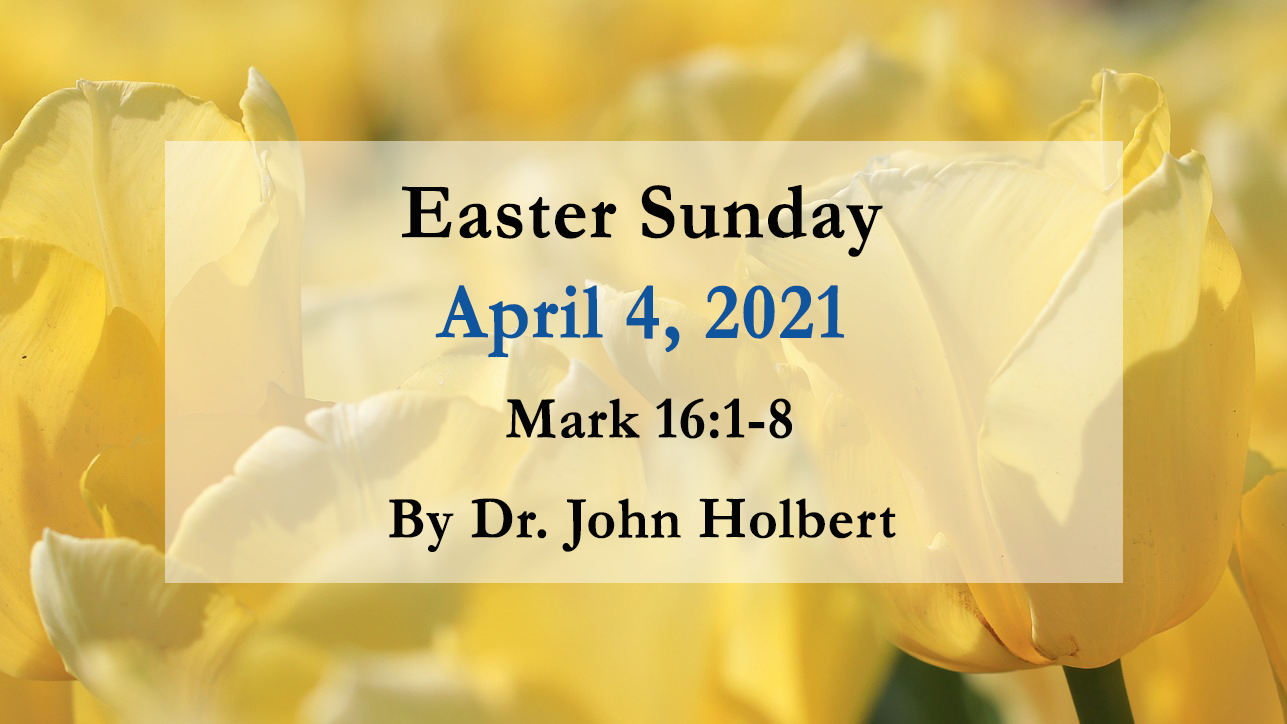 Some two decades ago, I was asked to serve as the interim senior minister of a downtown Dallas church where I had been a participant for nearly 18 years; it was 1997. It was an unusual set of circumstances that led a United Methodist Bishop to ask me to perform this task. Three years earlier I had served in a similar capacity at a downtown Ft. Worth church, so I assume that fact is what led the bishop to think of me when the senior minister of the Dallas church asked for a move back to his home conference at an odd time; it was only two weeks prior to Easter, that time of the Christian year when this church, like most churches, would be full and eager for a preached word from the senior pastor. Instead, the congregation was stuck with me. To be sure, many of them knew me well. I had sung in the choir for all my time with them, singing any number of solo works with orchestra, and had taught nearly all the adult church schools at one time or another. Still, it was a peculiar experience for them to see me step into the pulpit that Easter Sunday, perhaps just as peculiar as I felt doing so.

I had not preached an Easter sermon in many years, not since I ended my pastoral ministry career in 1976, and had begun my career as a teacher full-time. For any of you who have read those essays of mine that attempted to address the substance of Easter, you will know that I do not believe the so-called “facts” that Easter Sunday purports to proclaim, namely that Jesus was bodily resurrected from the dead and because that is true, all of those who believe in him, or believe that piece of information, will likewise at the end of their loves be resurrected, too. You might imagine that a confession like that one would make an Easter sermon especially difficult to preach, unless I was willing to lie to the assembled and eager folk, saying things that were at odds with my own understanding of the famous events. I was not willing to lie, having told preaching students over the years of classroom work that above all they should tell the truth in the pulpit; when I said that to them, I was surely speaking to myself as well. Whatever members of the congregation themselves believed they were celebrating that day, and whatever they imagined they were going to hear from me, I was intent on being honest with them and thus with myself.

As it is this year, the gospel in 1997 was Mark’s astonishing account of the end of the tale of Jesus, an account thoroughly unlike the accounts of the other three gospels. The very best ancient textual authorities assign the end of the gospel to Mk.16:8, which reads: “So they went out and fled from the tomb, for terror and amazement had seized them; and they said nothing to anyone, for they were afraid (NRSV).” Over 20 years prior to this particular preaching assignment, when I was completing a Ph.D. in biblical studies, several of my New Testament instructors had denigrated the Gospel of Mark as the poor cousin of the four. Mark had few parables, a penchant for using the word “immediately,” thus forcing the story to roar along, seemingly almost out of control, and above all had this insane ending with no one telling anyone about the astonishing news of Jesus’s escape from the tomb. What can Mark possibly be doing by ending his gospel account with silence, with fear and horror, with women running headlong from that tomb, shocked into a stunned muteness? We, students, were urged to get off to Luke’s lovely walk down the Emmaus road or Matthew’s Cecil B. Demille-like scene of fainting guards and rising ghosts. Or perhaps the plaintive Mary in the garden of John? But Mark?

In the years after that degree was completed, during my own preaching and teaching ministry, I learned that my graduate school instructors had not really kept up with the scholarship on Mark’s gospel as they could have. It turns out that if Mark is seen as a whole piece, and if the sharp light of literary criticism, concerns of plot and character particularly, is directed to its uniquely written ways, there is a very good reason for that ending, as well as very good reasons for the shape of the whole. Let me offer a very brief summary.

Mark begins with a 30-year-old Jesus, quickly baptized by John, and quickly calling the first disciples. Along the way of Mark’s tale, he has this continual concern that no one should tell anyone about the status of Jesus, about his person as the “Son of Man,” about the possibility that he may be the Messiah of God. Jesus, over and again, warns the disciples, “Tell no one about me.” Scholars have called this feature the “Messianic Secret,” and have offered various reasons why Mark uses it. It seems quite clear that that strange ending provides an important clue, along with the fact that in the gospel the only beings who know who Jesus is are the demons; the disciples never quite figure it out, culminating in that awful scene with Peter denying that he knows Jesus at all, three terrible times. Only the demons know, but Jesus tells them to stay quiet, too. Thus, throughout the story, Mark says again and again that no one should say anything about Jesus’s real reality as the unique Son of God.

So, finally, at the gospel’s end, the clear call is made to the faithful women, who have followed Jesus right to his monstrous end on that cross, and who have observed from a distance where his body has been laid, to go out and tell everyone, and especially that cowardly Peter, that Jesus is not in that tomb, but has been raised by the power of God and has gone ahead of all of them into Galilee, where everyone will see him (Mark 16:7). But instead of spreading the grand news all over the countryside, after at last being released from that command to silence, those women are struck mute, saying nothing to anyone. Can you see what Mark is doing? If the women said nothing, Mark says to his own community, some two generations after the earthly life of Jesus has ended, then someone must speak about this to the world. And that someone is you who are hearing this story! Mark has cleverly and brilliantly drawn all his readers and hearers into his tale and made us protagonists of that tale. We are the ones now called to proclaim and live the gospel of love and forgiveness and challenge that Jesus has proclaimed.

That Easter Sunday in 1997 I simply told Mark’s story using his own humor and plot twists and ending to announce to that congregation that Easter was not a celebration of a reanimated corpse, but an announcement of our necessary engagement with the never-ending story of Jesus’s gospel for the world, our thorough involvement with the telling and the living of that gospel. If Easter means anything in our modern world, surely it means that the new age of Jesus, the coming of his rule in life, as opposed to the usual run of the world’s unending concern with power and greed and fame and success, is what we are to be about. It is far more than my certainty of eternal life with God, but rather it is my certainty that my earthly life can now never be the same after I have been sucked into this fabulous story. Like most sermons, I can hardly be certain that many, or even a few, retained what I said even as they tucked into their sumptuous Easter brunches and ate another chocolate egg. But I was certain that I had been fair to Mark, as well as to myself, and had captured, at least in part, what that ancient teller had hoped his story might do for his first-century community. I commend his story to you and ask you to tell it to your people this Easter so that they too may join Mark’s community in that new thing of God that never grows old.