Communicating Hope In Times of Crisis 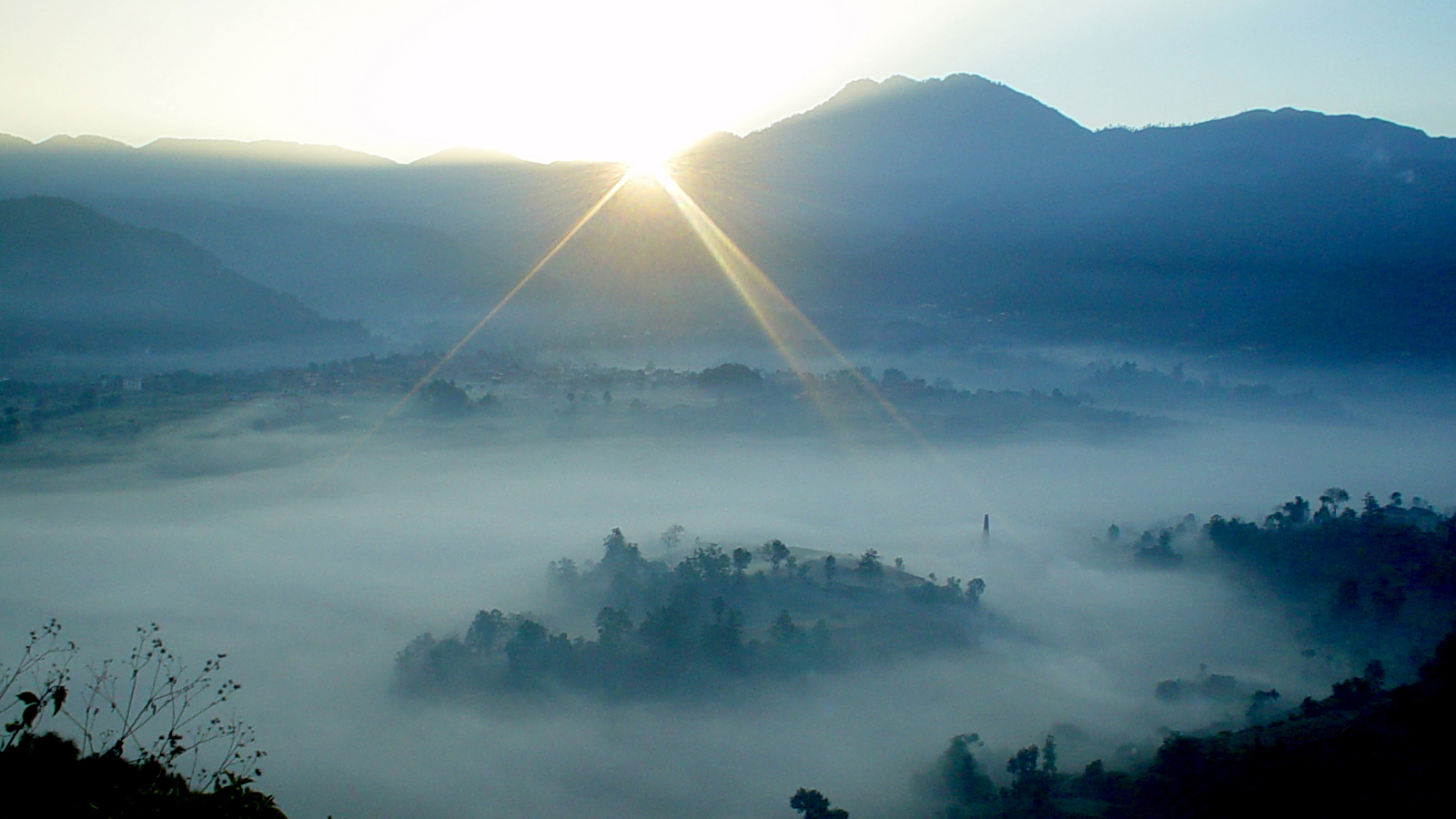 By now the world knows too well the horrible events of Thursday night, July 7, 2016. A peaceful protest of the recent deaths of Philando Castile and Alton Sterling in St. Paul and Baton Rouge was ambushed by a young vet named Micah Johnson. He killed 4 Dallas Police Department police (Patrick Zamarripa, Michael Krol, Michael Smith, Lorne Ahrens) and 1 DART Police officer, Brent Thompson. He injured 11 people. Since then 3 more officers have been killed in Baton Rouge, there has been a failed coup attempt in Turkey and a tragedy in Nice, France with the death of 84 people run over while watching fireworks at a Bastille Day.

I spent the days leading up to July 7 preparing a workshop for Project Transformation, a United Methodist sponsored program that invites college students from around the US to come to Dallas for the summer, to live on the campus of Southern Methodist University and work with children and youth in urban churches. Perkins School of Theology, where I teach preaching and worship, had invited the Project Transformation students to come to campus Friday, July 8 to experience seminary classes. I had been asked to provide a workshop/class on preaching. I had chosen as my topic “Preaching Hope in Times of Crisis.”

I had my talk all worked out. I was going to talk about “The three C’s of Preaching,” how there are three different, though intertwined, types of situations preachers are called on to address: chronic social problems, controversial issues and crises. I was going to talk about how, in every case, the sermon needs to educate people about the issues involved, to implicate them (not to tell them it’s their fault but to help them see it’s all of our issue), to radiate hope in God’s presence and activity in the world, and to motivate them to take action. I was going to tell them that crises seem to happen those rare weeks when we get our sermon preparation done by Wednesday. I was going to tell them that, for a preacher to say nothing about an issue is, in effect, to say that the Gospel and our faith have nothing to say to a troubled world.

I had my handouts all printed out and stacked on my office desk, entitled “The Move from Contemporary Issue to Text,” outlining step-by- step how a preacher can preach a biblical sermon on a contemporary issue.

Early Friday morning, when I was just about to get in my car to drive to campus, I got a call from Herbert Coleman, Director of Recruitment at Perkins.

“We are not having the workshops, Alyce. Several of the PT interns were in Downtown Dallas last night and they all need to work through the trauma of what they saw. Can you come down and be available to meet with anyone who needs to talk?”

I said, “Of course.” When I got there plans had changed. They had enough pastoral counselors to talk with students, so they asked me to say some words to close out the worship service they were holding in Perkins Chapel before the counseling sessions. Translation: preach a brief, impromptu sermon.

So I closeted myself in an empty classroom for a few minutes and came up with the best thing I could on short notice. I stood up to speak to the Chapel full of distraught young faces and, after reading Psalm 139, said the following:

“I was all set to present a workshop this morning for you called “Preaching Hope in Times of Crisis.” The talk is all prepared. The handouts are stacked on my office desk. The workshop has been cancelled or at least postponed due to a crisis.

I suppose that ironic. I know it’s tragic. That there will never be a time when my workshop will not be urgently needed. I’d love to be able to put the topic on the shelf to gather dust while peace and love abound. But crises are like wounds that never heal, the scab keeps getting ripped off and the cut made deeper with each successive act of violence.

What will end this cycle of violence? Romans 5 talks about a “Hope cycle,” a cycle in which suffering produces endurance and endurance produces character and character produces hope and hope does not disappoint us because God’s love has been poured into our hearts by the Holy Spirit which has been given to us.

Only the power of God.”

I ended by calling on everyone present to open our lives to God’s presence so that we can be part of the reversal of the despair cycle.

In reflecting what I might have said had I had more time to craft a longer message, I had these thoughts.

When we see the cycle of hatred and death over and over again, we can doubt God’s compassion and power in this world. For years I have studied Scriptures, especially the Wisdom literature of the Bible (Proverbs, Ecclesiastes, Job, and the sayings and parables of Jesus in Matthew, Mark and Luke.) I turn to it for wisdom in times like these.

Proverbs offers little solace with its picture of do good, get good. The author of Ecclesiastes questions the tidy picture Proverbs presents and laments the cruelty of those in power over those in their power (Chapter 4). But he attributes good and evil alike to God and his best advice is to know our place as humans and to refrain from questioning God. Job questions God, primarily about his own sufferings – his illness, the death of his children in a natural disaster. He doesn’t tackle the question of evil head on, and in the speech from the whirlwind is told that things are much more complicated than he can imagine and to let God be God. So far this isn’t helping me a whole lot. I know bad things happen to good people, sorry Proverbs. I don’t believe that evil and good alike are from the hand of God, so sorry author of Ecclesiastes. And, sorry Job, but being told that suffering is part of a complex, mysterious universe that I should not pretend to understand doesn’t help me much either. Where is the wisdom that can offer me steady solace amid a risky, dangerous life more changeable than the weather in Texas?

What I need is not an explanation of why there is evil in the world. I suspect it’s because God has given us freedom of choice, and we are predisposed to choose selfishly. We can too easily go off the rails as individuals and, as individual actions multiply, they harden like lava from an erupting volcano into systems of injustice and fear that spawn resentment, hatred and violence. I don’t need a theological treatise on original sin. What I need is the stubborn ability to persevere in believing that God’s kingdom will come and is coming, despite all appearances to the contrary. That God will ultimately prove, as we have seen in Christ’s Resurrection, that love is stronger than death. And that, in the meantime, the suffering that results from heartbreaking, gut-wrenching violence can lead to good results. Suffering can produce endurance and endurance can produce character and character can produce hope. And hope does not and will not disappoint us because God’s love has been poured into our heart by the Holy Spirit which has been given to us.

We need Isaiah’s suffering servant, who represents the nation in its suffering, and whose suffering is mysteriously, by God’s hand, transformed into redemptive effects for the people. We need Jesus’ challenge to the exclusionary, status driven religion of his day in his sayings and parables. We need his alternative vision of a kingdom of God that is not under our control but is a kingdom of justice and mercy. We need his invitation to participate in God’s opposition to evil in the world, a struggle between good and evil in which God’s good creation is caught and groans as a woman groans in agony in childbirth. We need Romans 8, Paul’s commentary on the significance of Jesus, the Suffering Servant’s life, death and resurrection in a violent world. We suffer now, as all creation suffers, in bondage to evil and decay. Acts of violence by people and groups in which innocent people are killed is evidence of that bondage. But we have the hope of resurrection and the Holy Spirit to pray within us when we do not have the words to say to express our sorrow and our fears. We have the assurance that in all things God is working for good, no matter how violent and horrible they are, the knowledge that nothing can separate us from the love of God and that we are more than conquerors through him who loved us. These are the biblical antidotes to despair in the face of recent events. They are the only thing that can help us step into the ruthless, repetitive cycle of death and turn the wheel back toward character and hope and new life.

It’s tough to look beneath and beyond appearances to discern a diametrically opposite reality. But that is what faith does. We risk it all on our faith that Christ, crucified and Resurrected, is at work in us and the world through the Holy Spirit. God pours hope into our hearts and world through the gift of the Holy Spirit. In response we commit to doing any and every small thing today that we can to share kindness and peace with others. And, like individual evil acts, individual good acts multiply and spread, not cooling and hardening like life-deadening lava, but shining over the whole world with a light that warms and heals.

And that’s what I would have said if I had had more time to prepare Friday, July 8.

Photo by Karna Deshar from FreeImages