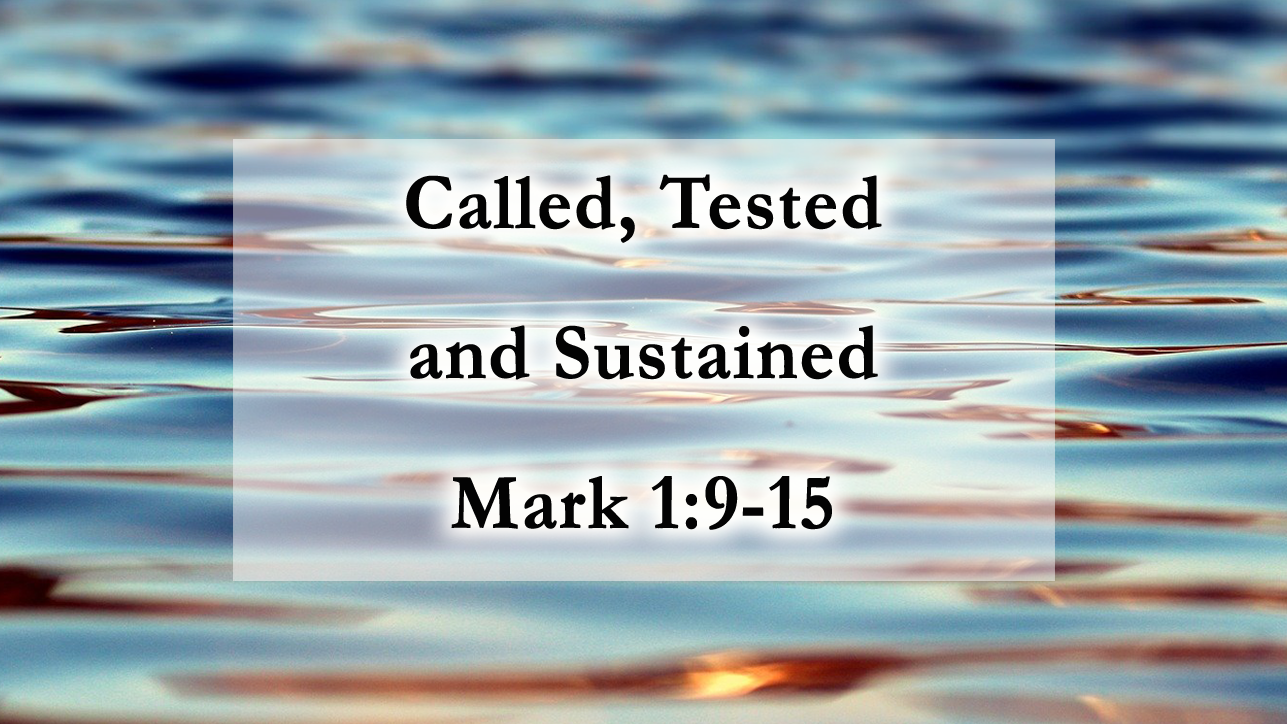 Interpreters have often asked, why did Jesus the sinless Son of God submit to baptism for repentance from sin?

But our terse gospel Mark offers no theological qualification, just a straightforward account of events from Jesus’ perspective “As he was coming up out of the water, he saw…”  (1:10)

The reader is left to ask some questions and make some inferences.

Notes on the Baptism from Hugh Anderson’s New Century Bible Commentary on Mark.

Next comes Mark’s trademark urgency:  “Immediately the Spirit drove him out into the wilderness…” (1:12) Jesus proceeds directly from baptism to the wilderness, with no time out for basking in the heavenly voice. The power at work in Jesus immediately confronts the transcendent power of evil.

The wilderness location is mentioned twice in just 6 words, thus signaling its importance to Mark. 40 days evokes the experience of Israel (Deut 8:2), Moses (Exod 34:28), and especially Elijah, who was also fed by angels (1 Kgs 19:1-8).

Peirazo (translated in the NRSV as “tempted”) can mean either “tempt” in the moral sense (entice to do evil) or “test” in the sense of a test of strength. Matthew and Luke understand this experience in the former sense. Mark points to a test of strength, a contest of opposing forces. The outcome is not announced. We must read on to find it out. Satan tests him, not to find out who he is, but to determine if he will be true to who he is.

In Mark (unlike the other accounts) the temptations don’t come only at the end of the 40 days. The testing and the sustenance occur simultaneously throughout the whole time.

Angels represent the power and presence of God. Animals (wild beasts?) may hold the memory of Nero throwing Christians to the wild beasts. This may also be a reference to the Messiah’s restoring harmony between human beings and the natural world (Isaiah 11:6-8; 65:2).

Preachable themes - Jesus’ baptismal designation by God comes with an immediate confrontation with the reality of evil and injustice in the world. But, in Mark’s version of the story, divine sustenance doesn’t wait until the testing is over. The company of wild animals and the ministrations of angels happen simultaneously. So we are empowered to be faithful to God’s calling on our lives, and sustained by God’s presence, even as we are tested in the world’s wilderness.