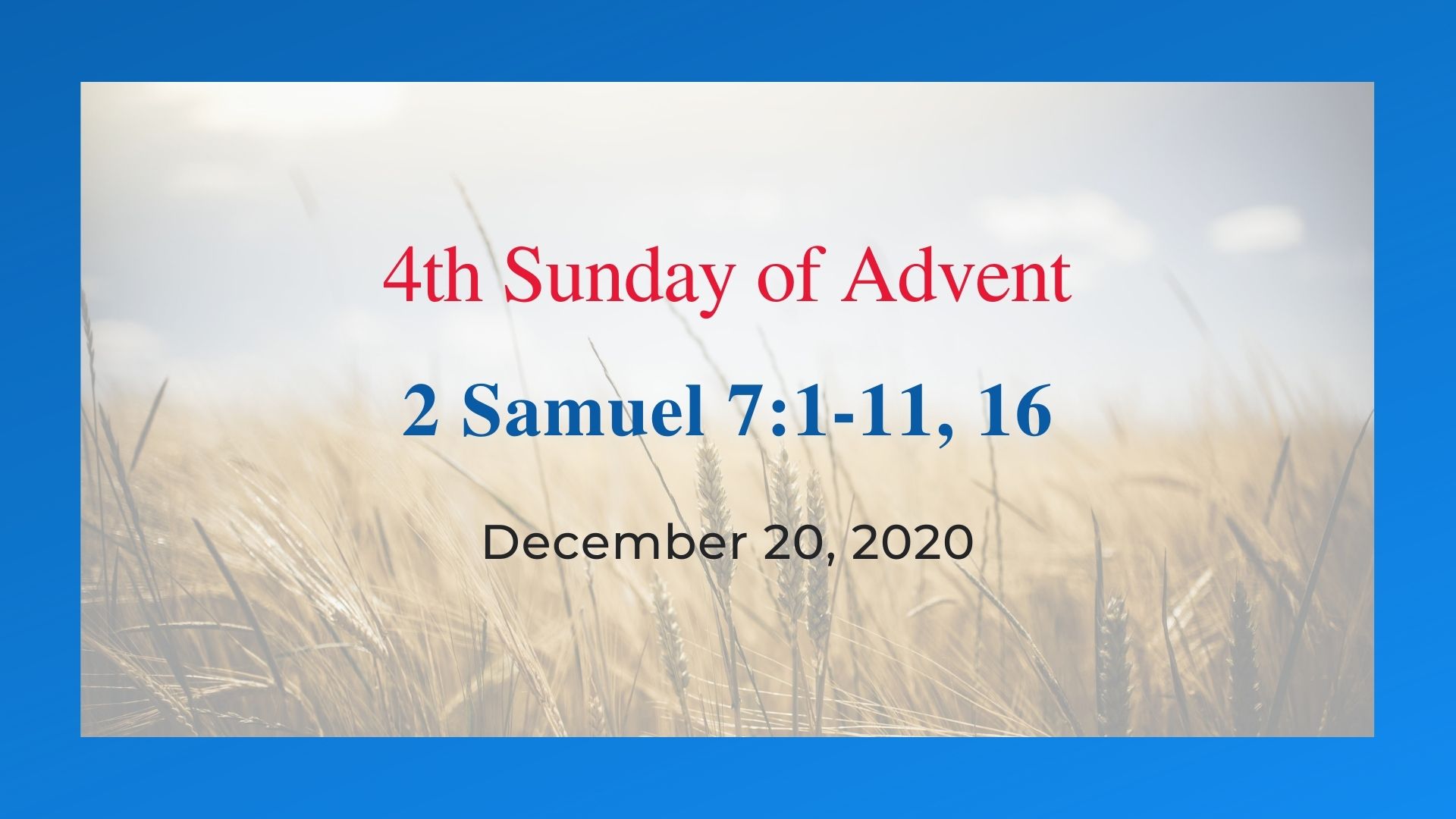 David and Jesus, a Dangerous Duo

I have long found it quite disappointing that this obvious piece of Davidic propaganda has become an anchor for the belief that Jesus, as an heir to the family of David, is representative of “the sure house of David, whose throne shall be established forever” (2 Sam.7:16). Early Christian commentators seized on this text and used it to shore up their emerging belief that Jesus would be ruler of all forever, because such rule was promised and predicted many centuries before the time of Jesus himself. Whoever wrote this clearly Deuteronomic pericope wanted readers of the lengthy story of David’s rise and fall as king over Israel to be grounded in YHWH’s promise that David’s house and its later heirs would be rulers in the name of God forever. This is surely why the Gospels depict Jesus as heir to David, from Matthew’s carefully written genealogy with David at its center (Matt.1:1-17) to his later picture of that famous donkey ride into Jerusalem, accompanied by crowds shouting “Hosanna to the son of David.” By the first century, David’s memory had become the conviction by all Israel that he was their greatest king. Apparently, the Bathsheba fling, the murder of her husband Uriah, the crude lying about the whole affair have been forgotten, replaced by the certainty that no one like David would ever again grace this world. But for Christians an even greater David has come, and his name is Jesus.

So, the fourth Sunday in Advent uses as its Hebrew Bible passage this affirmation of David’s uniqueness as a follower of YHWH, and YHWH’s promise that he, David, will become a “house,” but will not himself build YHWH a house, a temple. That will be left to his son and heir Solomon. And that “house of David” will be eternal, leading Christians, as I have said, to believe that his heir, Jesus, will also be eternal, a ruler that will reign over the whole earth for all time.

I admit to finding all of this both tendentious and troubling. It is tendentious because it is a clearly partisan way to prove something that a certain group already believes or thinks they must believe. Modern reason will hardly allow us to argue like this: an ancient “prophecy” is magically “fulfilled” in a person who only on the very thinnest of grounds is “of the family and lineage of David.” And that David? Good heavens, he is a deeply flawed human being, and no amount of whitewashing can preclude that conclusion. Besides, his greatness as ruler, when the literary and possibly historical facts are collected, is very questionable indeed. Does our faith at Christmas rest on such thin realities as these? I can understand that two millennia ago, believers did not reason as we now do, but biblical reasoning such as this assumes is little better than poor reasoning at best. Can we moderns take such connections from the murderer and adulterer David to the 1st century prophet Jesus with any real seriousness? At that, I am troubled, wondering how I, a rational 21st century reader, can possibly find significance in what only appears to be the most fanciful and slender of threads?

I am inclined, when I understand what I am being asked to swallow here, not to enter into the lunchroom at all. Why should I accept the traditional way of connecting David and Jesus, thus supposedly assuring Jesus’s eternal rule over the world and for my life? Can I not merely read the David story as one of power and lust, greed and deception, while reading the story of Jesus as one of compassion and demand, service and suffering? David and Jesus are so different in their portrayals that to connect them at all demeans the figure of Jesus while elevating David into a figure that he plainly in any way was not. Jesus died, at least according to Luke’s gospel, with words of forgiveness on his lips, while David died demanding the murder of a helpless, aging, enemy. Jesus lived teaching and exemplifying a profound love particularly for those outcasts of his society; David lived a life using those around him for his own gain, from his supposed friend Jonathan, who loved David to distraction, though David is never said to love him in return, to Jonathan’s father, Saul, whom David taunts and finally supplants as king, to Saul’s daughter, Michal, whom David used as a way to power, but whom he discards as that power is realized for him, among countless others who are mere stepping stones for David’s own success. Jesus is absolutely nothing like this narcissistic man who dies old and cold, calling down doom on his enemies.

I grant that by the time of Jesus much of David’s monstrous deeds have faded in the memories of the people; he has become for them the very model of kingship blessed by God, a kingship that was in their memories the very height of Israelite greatness and power. And there is precisely the problem I have with connecting David and Jesus. It is exactly that picture of Jesus, more David-like in power and might, that has captured too much of the 21st century view of him. When we connect David and Jesus in our religious minds, it becomes too easy to transfer the characteristics of the former to the latter until Jesus begins to look too much like the powerful figure of the half-remembered David.

Instead of the helpless babe in the stable who grows up to become the spokesperson of a different way of viewing the world, a way of service and giving, a way of love for all persons, a way of justice for all people, we are reminded in this text of David. Jesus’s way is plainly not David’s way. It is surely telling that after this long propaganda piece of 2 Sam.7, the very next lines of 2 Sam.8 read, “Some time after that, David attacked the Philistines and crushed them.” And the chapter goes on to describe assault after assault against nations that surrounded Israel, concluding with the grim account of his slaughter of “18,000 Arameans” (Hebrew text of 2 Sam.8:13). This way of power is not the way of Jesus, no matter how many modern Christians have become profoundly confused on the matter, mixing nationalism with Christianity in a poisoned chalice that leads only to rejection of other nations and religious traditions that do not recognize such an alliance. There can be no narrow nationalism for followers of Jesus. There can be no search for power over others for followers of Jesus. I find the relationship of David and Jesus to be fraught with dangers too many to enumerate, and hope that next Advent the collectors of the lectionary will do all they can to avoid this connection, a collection that leads too often to a misapprehension of just who Jesus is and who he continues to be.