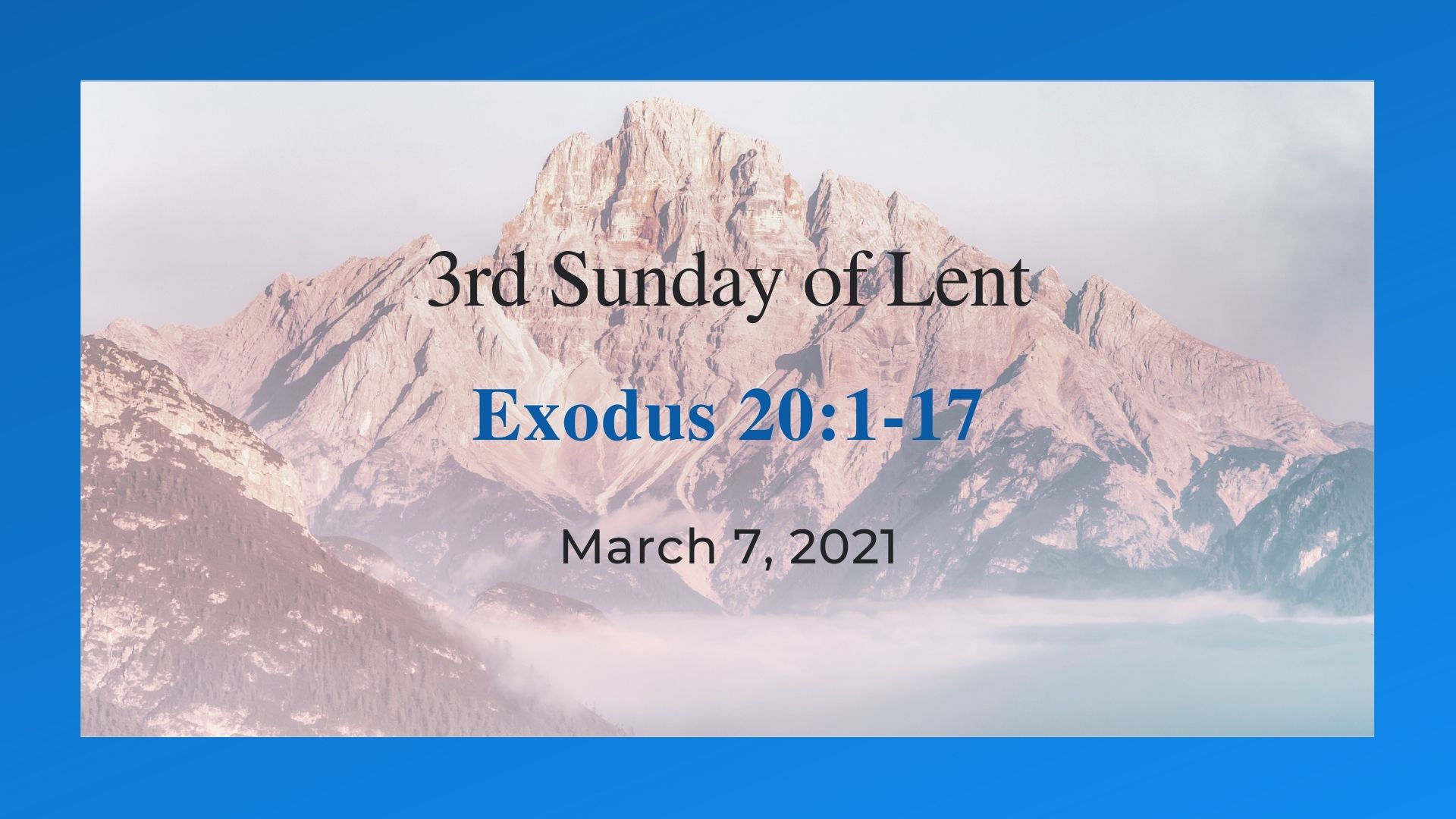 The Emptiness of a Lie

One of the Sundays in Lent is often given over to an examination of the Ten Commandments. In my 2002 book on the famous Ten, I urged all preachers and teachers never to attempt a sermon or lesson that tried to deal with all ten of these complex and rich phrases that have served the West as foundational in so many ways. Such an attempt is doomed to failure; there is simply too much background for each of the ten to cover. The result can only be the glazed eyes of a congregation or a class trying in vain to keep up with the preacher’s necessarily surface look at material that demands a more careful reflection. My advice then, and remains so now, is to focus on one of the ten, and provide an in-depth look at that one, offering thereby enough detail and context to provide insights rooted in the ancient context, thus leading to a possible modern significance.

In the light of my own counsel, I suggest we look today at the 9th commandment, found in Ex.20:16. The NRSV reads the commandment: “You shall not bear false witness against your neighbor.” I read the Hebrew rather differently: “You must not answer against your neighbor a lying witness.” It should also be noted that the parallel list of the Ten Commandments as found in Deut.5:20 has a slight, but important, difference in its report of the 9th Commandment: “You must not answer against your neighbor an empty witness.” There are sharp differences to be discussed between a “lying witness” and an “empty witness.” I shall discuss something of those differences below.

There are four important words in the commandment to be noted as we strive for fuller comprehension.

1. “answer”   The traditional reading of the Hebrew, begun in the KJV, is “bearing false witness.” The verb can certainly be translated as “bearing” or “carrying,” but for the obvious context of the courtroom, I think that “answer” is the better reading. In ancient Israel the lower court of the nation was to be found at the gate of the city, that place that served any community as the entrance and exit point of the walled community, walls designed to protect the inhabitants from marauding animals and mobs of people. Any number of places in the Hebrew Bible refer to the court of the gate: Ruth 4 describes the gate of Bethlehem as the place where Boaz goes to seal his purchase of Ruth at the expense of the unnamed “next of kin” who has prior rights to the property of the widowed Moabite, according to the law as enumerated in Deut.25:5-10; in 2 Samuel 15:2, the son of David, the handsome Absalom, tries and succeeds in usurping the throne of his father by offering wise counsel at the gate of Jerusalem; the prophet Amos warns an evil Israel that their “pushing aside of the needy” at the gate of the city should be replaced with actions of “hating evil and loving good, while establishing justice in the gate” (Amos 5:12,15). In the courtroom of the gate, the answer given at trial must be nothing less than absolute truth without which no real justice may be reached.

2. “neighbor”  The quite common noun means “friend, companion, fellow citizen.” At 2 Samuel 12:11, the prophet Nathan, during his excoriation of king David for his adultery with Bathsheba, curses the king to witness his wives being given to his “neighbor,” who in this case will be his son Absalom. Here the word is employed to refer to a son of a father. In another place in that same tale, Jonadab is “friend” to Amnon, coaching him to satisfy his sexual lust for his half-sister Tamar by tricking and seducing her. At Job 16:19, Job use the term to describe a desired “heavenly witness” who would maintain his right against his strangely and incomprehensibly furious God in the same way that one does with a “neighbor,” using again the same term. In the 9th commandment the “neighbor/friend” was clearly a person in relationship with the witness, either an actual community neighbor, living in close proximity, or at the very least a fellow citizen, a fellow member of the community. Again, the call of the commandment is for truth, for an honest witness.

3. “witness”  A clear definition of this word may be found in Lev.5:1: “Anyone sins if they hear a call to be a witness—and are able to see or to understand a thing—yet do not testify; they will be punished!” If one has important evidence to give, and refuses to give it, though capable of doing so, that one is subject to punishment. Still, a single witness in Israel was never enough, as the careful demands on witnesses at Deut.19:15-21 demonstrate. Also, two witnesses were needed where death sentences for murder were handed down (Num.35:30), as was also true when charges of idolatry were leveled (Deut.17:6). In fact, “two or three” witnesses are needed in all cases as Deut.19:15 makes clear. Proverbs 25:18 provides an especially apt commentary on the 9th commandment. “Like a war club, a sword, or a sharp arrow is one who bears a lying witness against a neighbor.” A “lying witness” bears the same deadly consequences as the three basic weapons of ancient warfare: club, sword, and arrow. The first is brutal and often deadly; the second cuts deep and lacerates with intent to kill; the third strikes from a distance, but for all that is hardly less deadly. These brutal battle actions are matched by the mortal brutality of a lying witness.

4. “lying” “empty”  These two words, the former from Exodus and the latter from Deuteronomy, are both important, yet offer significant insights for a fuller comprehension of the 9th commandment. The first word is perhaps more straightforward. It warns against the action of purposeful deception in the face of the truth. Proverbs 25:14 warns that “like clouds and wind without rain, so is someone who boasts of gift-giving without actually giving one” (literally, “a lying gift”). In the searing racial drama and film, To Kill a Mockingbird, based on the book by Harper Lee (1932), a young white woman accuses a black man of beating and raping her. Though the defense lawyer, Atticus Finch, easily proves that the man could not have done it physically, due to the complete uselessness of one of his arms, the all-white, all-male jury finds the man guilty. While waiting his appeal, the terrified man attempts an escape and is killed by a mob. The testimony of the woman is shown to be a pack of lies, but well after the murder of the innocent man. Lying witnesses can surely be clubs, swords, and arrows.

“Help, O YHWH, for there are no more godly ones;

the faithful have disappeared from humanity!

They speak emptiness to one another;

they communicate with double minds and flattering lips.”

The result of this “empty speech” is: “The poor are destroyed, and the needy groan” (Ps.12:5). In short, to speak emptiness is to subvert the basic ways of YHWH. The realm of God is overturned, because empty speech leads to empty ways.

We may conclude from these two different adjectives that delineate the sort of courtroom speech that is to be avoided as follows: actively deceptive speech and undermining empty speech are both rejected by the 9th commandment, both misinformation and empty cynicism. What we say to one another is extremely important; the 9th commandment reminds us that words can be weapons of destruction as well as building blocks of community.

We US Americans have just witnessed in the second impeachment trial of former president Trump that genuine power of words. The House of Representatives impeachment managers attempted to prove that Donald Trump, with his words, both on Jan.6 and on numerous earlier occasions, incited his followers to storm the capital building. 57 of 100 Senators agreed with them, that his words lighted the match of the attack. Though that number was 10 short of the needed 2/3 for conviction of Mr. Trump, a significant majority, seven of them from his own party, found the evidence of his guilt overwhelming enough to bring their guilty vote. Words, indeed, may become weapons of destruction. May our words now be used as building blocks of community, whether or not we find ourselves in a courtroom.