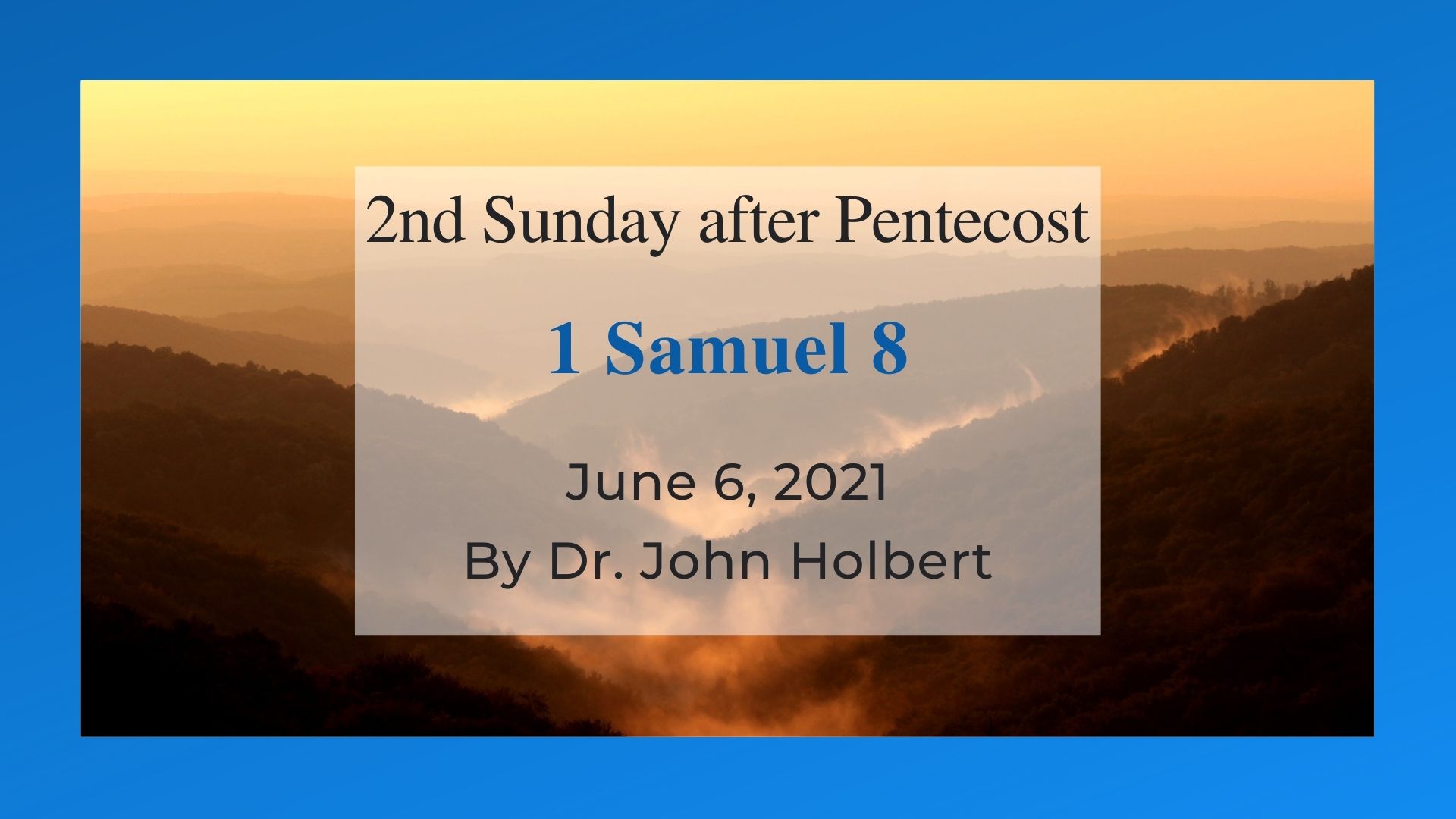 This second Sunday after Pentecost begins a continuous narrative based on the books of Samuel and two chapters of 1 Kings that covers the next 12 weeks of texts. This is a rare and wonderful opportunity for any preacher to address a long series of sermons, rooted in the finest literature of the Hebrew Bible. These narratives are without doubt among the very best literary productions of the ancient world, produced about the same time as Homer, if not somewhat before, and preceding by several centuries the timeless works of Aeschylus, Euripides, and Plato. The only reason these tales are not ranked with these well-known classics of ancient prose and poetry is because they are found in the Bible, a book that has been read far more for its theological content than for its literary qualities. As I explore these superb stories over the next three months, I hope I can capture at least a hint of the magnificent tales that await any eager preacher and listener.

We begin with the character of the prophet Samuel. 1 Sam.8 begins with the the long leadership of the prophet, who has been for decades the chief priest, administrative head, as well as the conduit between YHWH and the people. But now, we are told, he has become old, and in his old age has “made his sons judges over Israel” (1 Sam.8:1). It is clear by this action that Samuel fully expects these boys to succeed their father as supreme leaders over Israel, after his imminent death. But there is a problem: “his sons did not follow in his ways, but desired only profit, took bribes, and twisted justice” (1 Sam.8:3). In short, Joel and Abijah are hardly worthy successors of their father.

As a result of this tragic reality, the “elders of Israel gathered together and came to Samuel at Ramah” and demanded that he choose a king for them “like other nations” (1 Sam.8:5). “But the thing was evil in Samuel’s eyes when they said, ‘Give us a king to rule us’” (1 Sam.8:6). Right here the text raises questions about Samuel’s motivations. Why did he find their request for a king “evil”? It has often been assumed that Samuel, YHWH’s prophet, would automatically reject any such request because to demand a king is at the same time to reject YHWH as the only king. His motivation must surely be a theological one. I would suggest that Samuel’s motivations are far more complex. He has made his own children judges as a sign that he expects the people to transfer their allegiance to the sons’ leadership after he dies. Because that is true, as the text says quite clearly, surely part of Samuel’s anger against the desire for a king is his recognition that the appearance of a king will end his own hoped-for dynasty through his sons. Samuel’s motivations are as much personal grievance as they are theological umbrage.

Immediately, the prophet prays to YHWH, who, perhaps surprisingly, orders the prophet to “make a king for them;” after all, says YHWH, “they are hardly rejecting you, Samuel, they are rejecting me” (1 Sam.8:7-9). It is in fact YHWH who should be aggrieved at the people’s demand for a king, since the people in YHWH’s eyes have long been like this. YHWH demands that Samuel make a king but at the same time warn them about the dangerous ways of all kings. And Samuel does-in spades! In a slashing speech decrying the monstrousness of kings (1 Sam.8:10-17), ending with the dire warning that after this king takes all of your stuff and abuses all of your families “you will cry out because of your king, whom you have chosen for yourselves, but YHWH will not answer you on that day” (1 Sam.8:18)! The speech has no affect on the people; they still demand a king, and because YHWH has expressly ordered Samuel to give them a king, we now expect him to do just that. After all, he is the chosen prophet of YHWH, is he not?

His final words to the people hungry for a king are nothing less than a shock. YHWH once again tells him “set a king over them” (1 Sam.8:21), but Samuel bluntly and coldly shouts to them, “Every one of you go home” (1 Sam.8:22). Instead of following the direct demand of his God, spoken twice to him with force, the prophet flatly disobeys that God and sends the people home empty. The king is finally chosen, but only after YHWH drops the king in front of Samuel in his own city of Ramah, and for a third time commanding him to anoint this man, Saul, as king (1 Sam.9:16). It cannot be denied that Samuel is reluctant to perform the demands of his God, being clearly not enamored of this idea of a king for Israel. But his reluctance is plainly multiply motivated. It is not simply because Israel already has a divine king and that Samuel is that king’s spokesperson. Samuel’s extreme reluctance to crown a king is also a result of his fear that a king will push his sons aside and will destroy the hoped-for dynasty of Samuel forever. I suggest that Samuel’s personal fears will be the ultimate reason why he finally anoints Saul but just as finally finds and creates several ways to dethrone Saul as king. The narratives to follow will trace that sad tale, as we will see.

It appears in the beginning of Samuel’s story as elderly prophet that we are not to hear it too simply and too traditionally religiously. Samuel is human, and though he is YHWH’s prophet, he is also a man, a father, an ambitious leader, and thereby has many reasons for his actions. It is in no way to cut him down to size to make him merely one of us. It is instead to see him in the fuller colors with which the grand text presents him to us. Is it not always important to evaluate any person carefully and fully before assuming that his or her behaviors may be so easily understood or so easily accepted without question? The character of Samuel is no different, and we should be grateful that the ancient author has given him to us in this delightfully rich way.