Here is my new heading

The Perkins Center for Preaching Excellence at SMU is an initiative devoted to enhancing the preaching skills of pastors through innovative courses, workshops, one-on-one coaching and peer learning groups.

Focusing on the role of storytelling as a vehicle for offering the Gospel, PCPE has been made possible by a grant from Lilly Endowment, Inc. to Southern Methodist University’s Perkins School of Theology.

Here at Perkins, PCPE has various initiatives enriching the education and enhancing the preaching of our students and the community, including:

Beyond the walls of Perkins, PCPE sponsors peer groups and seminars on behalf of clergy serving churches who want to take their preaching to the next level.

New Center for Preaching Excellence Focuses on “Telling the Story”

When the Rev. Dr. Alyce McKenzie says she wants preachers to make a scene in the pulpit, she’s not kidding.

Scenes are building blocks for stories. And telling a good, meaningful story – one that engages first, and then challenges – is a skill McKenzie believes can and should be learned by all who preach. 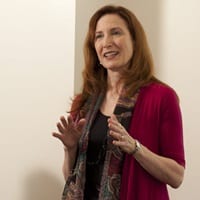 “Preaching continues to be the first thing that church personnel committees say they value in a new hire,” said McKenzie, George W. and Nell Ayers Le Van Professor of Preaching and Worship at Perkins. “They want someone who can preach the word, and they often say things like, `Can you connect scripture with contemporary life?’

“Story is a beautiful way to do that.”

Under McKenzie’s direction, and with $500,000 in Lilly Endowment funding, Perkins recently established a Center for Preaching Excellence that will emphasize storytelling in seeking to improve the preaching of both students and working pastors.

The grant runs through 2018, and will directly involve nearly 400 students and pastors over that time.

McKenzie credits them with helping to shape the concept that won Lilly’s support.

“I’m grateful to my colleagues in preaching and worship for their support and guidance in this process, and their expertise will be an invaluable resource for the Center,” she said.

The Center for Preaching Excellence also will draw on a range of other Perkins faculty members, as well as other SMU professors who use storytelling in their writing and teaching.

“We have such a deep bench,” said McKenzie, project director for the Center.

The Lilly Endowment has long had religion as a focus area for its philanthropy, and specific goals include helping seminaries and churches to strengthen pastoral leadership. Perkins is among eight institutions recently awarded a major Lilly grant aimed at bolstering preaching instruction. 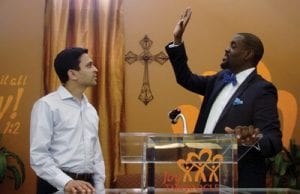 McKenzie said Lilly favors peer learning groups and mentorships, and the Center’s work got underway this spring by having several Dallas area pastors – varied in gender, race and denomination, but all known for strong preaching – serve as mentors to students in an introductory preaching course.

The pastors attended some of the classes, joined in small-group critique sessions of sermons, and worked one-on-one with a student assigned by McKenzie, who taught the course.

And while they were the mentors, they didn’t just sit back and pontificate. They had to preach one of their recent sermons in a small-group setting, and hear what others had to say.

“I told my wife that I was more nervous preaching to those five people than I was to the crowd at church,” said the Rev. Todd Harris, pastor of First United Methodist Church in Allen, Texas.

For Harris, who earned his Master of Divinity degree from Perkins in 1990 and served as mentor this spring to Perkins student Emily Miller-Todd, the critiquing tools provided by McKenzie offered him a chance to reflect on his own preaching.

“I gained far more than I gave,” he said.

The Rev. Alexandra Robinson, pastor of Walnut Hill United Methodist Church in Dallas and a 2001 Master of Divinity graduate from Perkins, felt the same about her work with student Rebecca Tankersley.

Robinson had studied preaching at Perkins with the Rev. Zan Holmes, well known in Dallas and beyond for his preaching and social and political work. She called his course “a wonderful experience.” But she said she welcomed getting to share about the life of a female pastor with Tankersley and to hear “the feminine touch” in McKenzie’s teaching.

For Robinson, like Harris, the chance to be back at Perkins, sharing impassioned talk about preaching with students and pastors alike, proved renewing.

“When you’re in the pulpit week after week, you might lose connection with your intentionality,” she said. “It was really nice to reconnect with that intentionality in a scholarly setting. … I hope (McKenzie) asks me again.”

For students, a first preaching course that would ordinarily be a stretching experience became even more of one with the addition of mentors. David K. Johnson, for example, is a Caucasian and a United Methodist who got to work with the Rev. Michael Waters, an African American who leads Joy Tabernacle A.M.E. Church.

Mentors were working with students on the basics of preaching. But storytelling was championed even in this first course.

“A sermon has its greatest impact when it begins with the human experience and leads out from there,” Waters said.

The second phase of the Center’s work begins this fall, and involves four groups of 10 working pastors – two in Texas, one in Arkansas, and one in Louisiana. These “Perkins Preaching Peers” will meet regularly over two years, guided by a facilitator, to explore the theme “Preaching the Story: Storytelling as a Vehicle for the Gospel.”

While they’ll be working to improve their skills as storytellers, they’ll also be investigating the human need for stories, reading such books as “Wired for Story,” by Lisa Cron, and “The Storytelling Animal: How Stories Make Us Human,” by Jonathan Gottschall.

McKenzie said she’ll encourage the groups to dig into their personal stories, family stories, community stories, and stories of the churches they serve, for pulpit material.

Each year will begin and end with a plenary session, the latter amounting to a debriefing on insights and best practices that may eventually be shared via e-books or website.

Training the facilitators will be the Rev. Craig Gilliam who directs the Center for Pastoral Excellence in the Louisiana Annual Conference of The United Methodist Church and is an adjunct faculty member of the Perkins Doctor of Ministry program.

“When Alyce told me about (the peer groups), I thought it was a wonderful idea, a profound idea,” Gilliam said. “Clergy are out there looking for support, looking for resources, and this is a way for Perkins to offer them the resources they’re looking for.” 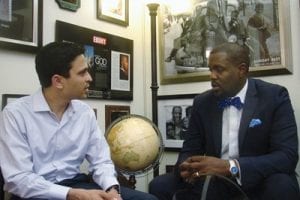 Another major aspect of the Center’s work will be collaborating with Perkins’ Office of Advanced Ministerial Studies in offering one-day continuing education events for pastors. This year’s line-up includes “Dealing with Conflict through Preaching and Worship” and “Planning for Easter Sunday and Beyond.”

Then there are the new preaching electives. For example, in fall 2015 the Center will sponsor a course, team taught by McKenzie and colleague Mark Stamm, titled “Proclaiming the Story of Holy Week,” and using mentor pastors from the Dallas area.

Other electives will draw on a range of professors from Perkins and also from the broader SMU faculty.

McKenzie notes that faculty beyond Perkins have been guest speakers in preaching courses before, gaining rave reviews from students. She’s excited by the prospect of involving theater professors, film professors, anthropology professors, and even advertising professors in a more substantive way, with a focus on storytelling.
`A risk that God takes’

McKenzie is quick to say that a good sermon can be given with no narrative component, and that over a year pastors might well employ a range of sermon types, including the venerable “three points and a poem.”

But she believes that for preachers not to respond to the human need for story is a huge missed opportunity.

“One of my favorite definitions of preaching is that it’s a risk that God takes,” McKenzie said. “So that’s part of my passion for this whole process – that preaching is crucial, and a unique opportunity, and then that storytelling is a kind of generational-transcendent, time-transcendent, way that we perceive and make sense of life.”

McKenzie’s interests in preaching and storytelling are no surprise, given her background. She holds a Ph.D. in homiletics from Princeton Theological Seminary and spent several years as a church pastor before shifting to an academic career. She’s a frequent guest preacher, and serves as preacher in residence at Christ United Methodist Church in Plano, Texas, where she’s in the pulpit about once a month and coaches the church’s fulltime pastors in preaching. She’s a past president of the American Academy of Homiletics.

McKenzie also is the daughter of the late Robert H. Fowler, a historical novelist, and sister of Wade U. Fowler, who has published in the same genre. She herself is the author of the book Novel Preaching: Tips from Top Writers on Crafting Creative Sermons.

This year, she was named an SMU Ford Research Fellow (a program started by trustee Gerald J. Ford to reward and retain top scholars), and plans to use the support to expand an article she has written into an advanced elective course in preaching and a book to go with it.

Her working title is – perhaps you guessed it – “Making a Scene in the Pulpit.”

Sam Hodges is a Dallas-based writer and editor for United Methodist News Service who also does freelance pieces. 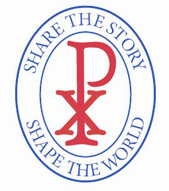